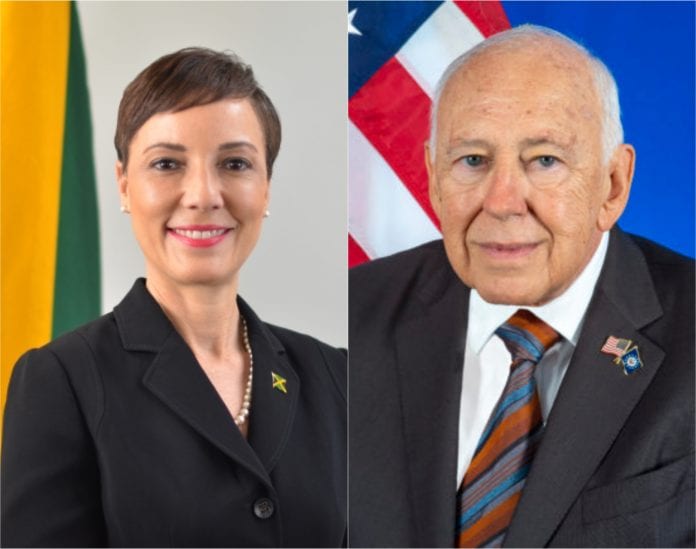 Jamaica’s Minister of Foreign Affairs and Foreign Trade, Senator Kamina Johnson-Smith has responded to the insulting comments made by the United States’ Ambassador to Jamaica, Donald Tapia.

On Wednesday, Tapia spewed insults at several users on the platform after they criticized his comments regarding the island’s foreign affairs.

“I am aware of certain inappropriate tweets made from the Twitter account of the US Ambassador which have been deleted. I have spoken with the Ambassador and he is aware that the engagement was not appropriate for a diplomatic representative. He assured me that it will not recur.”

On Wednesday, Tapia deleted the tweets after backlash from Jamaicans across the diaspora. Neither he nor the US embassy in Jamaica has issued a statement on the incident.