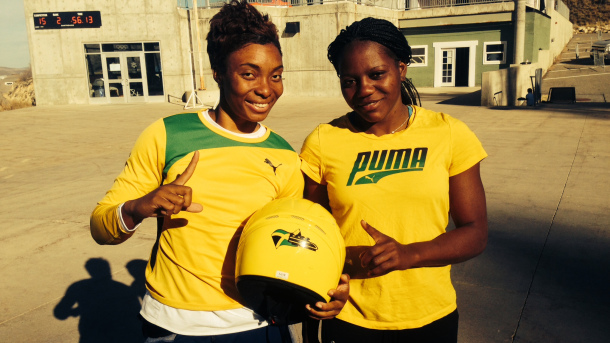 A two-woman Jamaica bobsleigh team of Jazmine Fenlator-Victorian and Carrie Russell received a major push in their effort to qualify for the Pyeongchang 2018 Winter Olympics with a sponsorship deal from Japanese corporation Marubeni.

The company has a majority share in the Jamaica Public Service Company and will assist the Jamaican team to continue to compete in various events internationally.  The endorsement was the second so far for the Jamaican Bobsleigh and Skeleton Federation (JBF) who last year also signed a deal with another Japanese company, the Shitamachi Bobsleigh project, guaranteeing them three quality sleds for competition.

Fenlator-Victorian, a former United States national team representative, and Russell, a former Jamaican sprinter, came together in in July 2016 shortly after the Jamaican Bobsleigh and Skeleton Federation (JBF) launched their initiative to qualify a women’s team for Pyeongchang 2018.

The best result for the pair so far was finishing third in a leg of the North American Cup at Lake Placid last January.

“This partnership has gone a long way to motivating the team, not just as competitors attempting to qualify for the Winter Olympics in 2018 but it has also given them renewed energy and commitment for the task at hand,” said Nelson Stokes, chairman and President of the JBF.