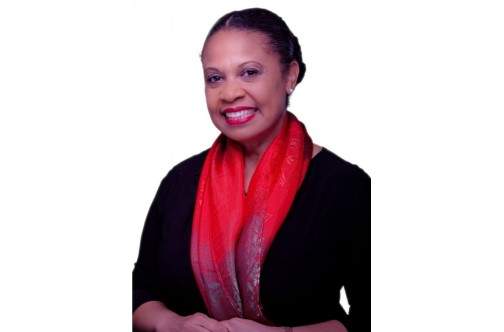 Jamaican-born Michelle Meghie, a Mississauga resident in Canada, hopes to become the Brantford-Brant Liberal candidate in the next federal election.

Meghie, who has three decades of work experience in children services and social services, is the first contestant “greenlit” to seek the local Liberal party’s nomination, said Jamie Crick, chair of the Brantford-Brant Federal Liberal Association.

Born and raised in Jamaica, Meghie who migrated to Canada when she was 16, said she has plans to move to the Brant area.

“I want to run where I plan to move to,” she said. “There is a uniqueness and beauty to (Brantford-Brant) that I want to support in a very big way.”

Meghie is semi-retired and said she plans to devote all of her time to becoming the local Liberal candidate and the next MP for Brantford-Brant as she closes one door to open another.

No date has yet been set for a nomination meeting. Crick said he couldn’t comment on whether there will be other potential candidates.

Meghie holds a degree in sociology from York University, a diploma in early childhood education from Seneca College and a certificate in mental health first aid.

With the COVID-19 pandemic making in-person meetings impossible, Meghie said she will “get creative in order to reach out to the community,” largely through social media. She also plans to make connections through organizations that include the local Liberal women’s club and electoral district association and the Chamber of Commerce.

As a Black woman, Meghie said she’s passionate about diversity and inclusivity in politics. While inroads have been made, she said there’s still much work to do to before leaders better resemble the people who elect them.

“I want to be the voice of Brantford-Brant. I want to make a difference and pursue opportunities for all.”

“Because I am from outside the riding, I come with a fresh pair of eyes and new ideas. I will be bringing something new to the table. My job is to get out there and let people know what the party has to offer. I want to move Brantford-Brant forward.”

Conservative MP Phil McColeman, who has represented Brantford-Brant since 2008, announced in January he wouldn’t be seeking re-election.

Adrienne Roberts, a local teacher and union activist, is the Brantford-Brant NDP candidate.

No prospective Green Party candidates have yet stepped forward.