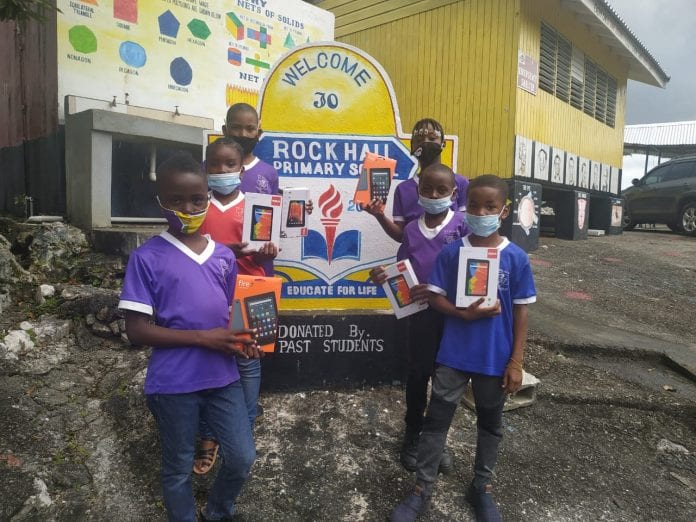 Students of Rock Hall Primary and Drapers All-Age School in Portland have expressed gratitude to the South Florida Diaspora for a contribution of tablets donated by the Jamaica United Relief Association and the Florida Perinatal Center in Coral Springs.

This was in response to an appeal by Consul General Oliver Mair for the diaspora to support the Jamaican government’s ‘one device per child’ initiative.

Several associations and individuals responded to the recent Christmas Concert & Telethon, hosted by the Consulate.

Mair stated that other Jamaican alumni associations have also begun shipping devices to their alma maters on the island.

Other schools receiving the devices from JURA and Florida Perinatal Center included the Sherwood Forest All-Age in Portland and the Louise Bennett All-Age in Gordon Town, St. Andrew.