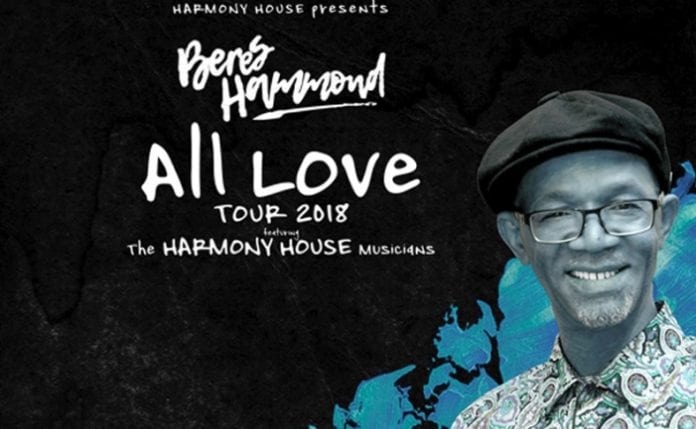 The “King of Lovers Rock,” Beres Hammond, returns to The Broward Center for The Performing Arts for his ‘All Love Tour 2018,’ on Friday July 6th from 7:30 p.m.

Featuring his soulful vibe and smoky-sweet, bourbon-on-the-rocks vocals, Hammond fans could hear hits such as “Tempted to Touch,” “I Feel Good,” “Putting Up Resistance,” “Rockaway,” “No Disturb Sign” and many more.

With more than two dozen releases to his name, including ‘Music is Life’ and ‘One Love, One Life,’ which were both nominated for Grammy Awards as “Best Reggae Album,” Hammond was awarded the Order of Jamaica for his contribution to the nation’s music industry.

His performances are said to deliver the passion of Sam Cooke and the emotional grit of Otis Redding.