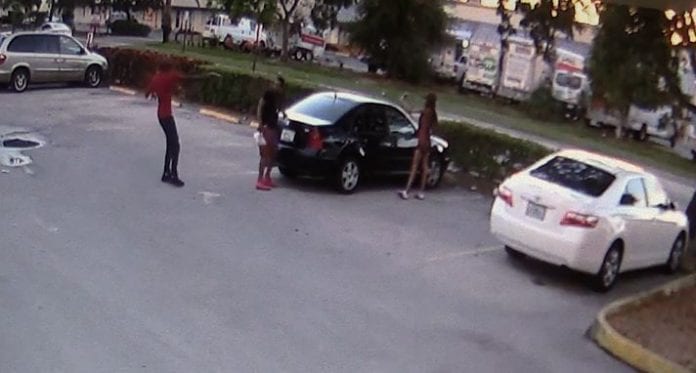 The City of Lauderhill Police Department is currently investigating a shooting that happened outside of The Lobster and Seafood Warehouse in Lauderhill on Monday, January 16th. Surveillance video released Wednesday shows the gunman standing over the victim as he continued to shoot him 13 times.

The victim has been identified as 34-year-old Gary Wallock, a Jamaican national and resident of Lauderdale Lakes with no prior criminal record. According to police, Wallock was leaving The Lobster and Seafood Warehouse with a female counterpart when he was shot at close range by a lone suspect. Wallock was pronounced dead a short time after police and rescue teams arrived on the scene.

As of Thursday, investigators are searching for a 2010 blue Nissan Altima with dark tints on the windows and a Florida license plate: EZX-F13. Authorities are asking anyone with information on this attack, or the location of the Nissan to contact Crime Stoppers at (954) 493-TIPS (8477) or Detective Chad Williams at (954) 717-4615.