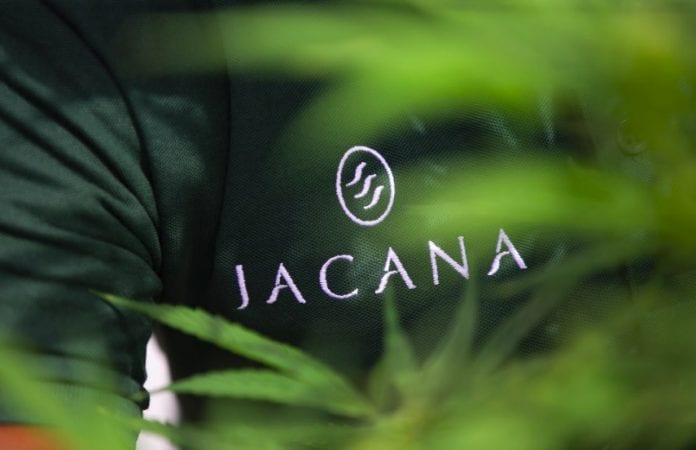 Jacana, a Jamaican medical cannabis company that targets a global marketplace, announced on February 28 the launch of the production of certified medical cannabis, providing natural relief for chronic pain and suffering.

Jacana, which was established in 2017 by a woman, has completed the first-ever international export of the Jamaican medical cannabis flower, securing multiple international licenses and permits to date. The company has already played a central role in shaping the international regulatory process.

The historic export is linked to the company raising an initial $20 million to cultivate, develop and distribute certified medical cannabis solutions that provide natural alternatives to the artificially manufactured products in the market.

The investment will fuel international expansion and build on Jacana’s existing presence in Europe, North America and the Caribbean.

The launch of Jacana coincides with a rapidly expanding legal cannabis market, with the UK, Germany, Thailand and Mexico amongst the 25 countries to legalise medical cannabis in the past 12 months, taking the global total to 48 countries. There is also a growing backlash against artificial pharmaceutical products, and increased appetite for natural, organic solutions.

With a global team located in Jamaica, Canada and the UK, Jacana is the world leader in the outdoor cultivation and distribution of medical cannabis. This is currently being naturally grown at Jacana’s flagship 4.4 million square foot farm in St Ann, Jamaica, where the unique microclimate and latitude create the perfect conditions for cultivation.

The business is founded by Alexandra Chong, the Jamaican serial entrepreneur best known for establishing Lulu – the innovative, fast-growth social and dating intelligence app with more than 6 million users and was sold in 2016.

The leadership team that will drive Jacana’s global growth carries experience from a range of industries, with the Board including the former CMO of Microsoft, Mich Mathews-Spradlin; world- renowned Silicon Valley venture capitalist and early backer of Twitter and Zoom, Bill Tai; and former CCO and Executive Board Member of the Coca-Cola Company, Robert Leechman.

Whether caused by illness or injury, chronic pain is a problem that affects the global population. According to research, chronic pain affects 1.5 billion people worldwide, with more than 100 million people suffering in the US alone. People are looking for safe, natural solutions, and care more about what they’re putting in their bodies than ever before.

According to Chong, “Jacana’s mission is to provide natural medicine that people can trust, enabling them to live full and meaningful lives by improving their well-being, their health, and their happiness.

“I am incredibly impressed with how hard the Jamaican government and in particular the Cannabis Licensing Authority (CLA) has worked to establish best-in-class regulations and governance that enables Jamaica to be at the forefront of this rapidly expanding global industry.”

Speaking on the significance of Jacana, Jamaica’s, Minister of Industry, Commerce, Agriculture and Fisheries, Audley Shaw stated, “It is wonderful to see Jamaican businesses such as Jacana drive research and innovation, create jobs across the island, and bring international investment that will fuel the growth and development of our economy.”