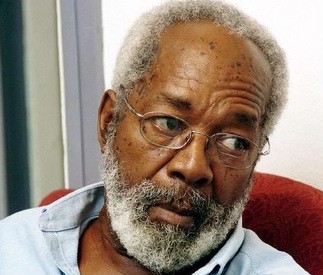 Jamaica’s master painter, Barrington Watson well known for several major commissions, including the mural ‘The Garden Party’ in 1975 and the the mural ‘Our Heritage’ in 1974 at Olympia Art Centre, passed away at home in Kingston, Jamaica on Tuesday night after being ill for some time.

The 85-y-o painter, born in St. Lucea Hanover in 1931, attended London’s Royal College of Art, the Académie de la Grande Chaumière in Paris and the Rijksacademie in Amsterdam amongst other major European art academies.

Returning to Jamaica in 1961 he quickly became one of the most influential post-Independence artistic figures. Along with Eugene Hyde and Karl Parboosingh, he established the Contemporary Jamaican Artists’ Association (1964-1974) and was the Director of Studies at the Jamaica School of Art, introducing the full-time diploma. He later served as visiting professor at Atlanta’s Spelman College.