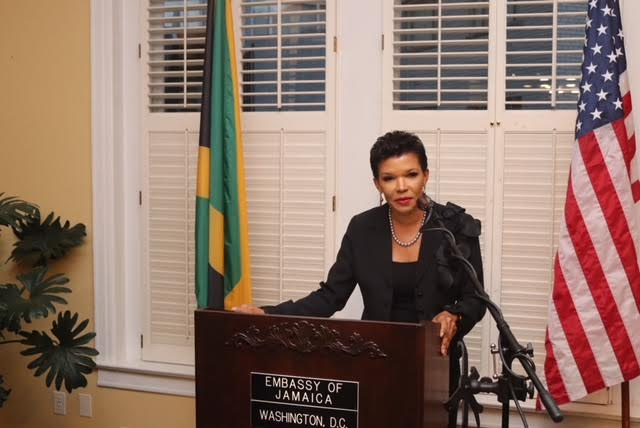 With Hurricane Florence making landfall in North Carolina on Friday, the Jamaican Ambassador to the United States is giving reassurances that the Jamaican authorities are working closely with state and hotel officials to ensure the safety of Jamaican guest workers in the affected region of the U.S. east coast.

Jamaican Ambassador, Audrey P. Marks, has stated that the Jamaican Embassy has been actively monitoring the situation, along with the officers of the Jamaica Central Labour Organisation (JCLO), who are in constant contact with all of the guest workers, mainly in the hotel sector, in the areas affected by the hurricane.  Everything is being done to ensure these workers are safe, Ambassador Marks stressed.

Mrs. Debbie Hutchinson, the liaison officer who has responsibility for that area, is in constant contact with all of the workers and is monitoring the situation. Ms. Hutchinson has been getting updates which state that so far, everyone is well.

Where any need arises for these workers to be relocated, it is being done, Ambassador Marks has further assured.

One hundred and one (101) workers will be relocating from OMNI Hilton Head in South Carolina to OMNI Champions Gate in Orlando, Florida. The JCLO liaison officer has also been in contact with the human resources director of OMNI Hilton Head, Dorothy Beeks, who would be accompanying the workers to Orlando. She also reported that all is well.

Sixty workers from Sonesta Resort in South Carolina were identified for relocation to the Sonesta Hotel in Orlando, Florida.  The Governor of South Carolina has since recalled the evacuation order for the southern counties. Consequently, Sonesta Resort delayed moving the workers to Orlando.

The JCLO has been assured by the Sonesta Resort General Manager that he would relocate the workers from staff housing to the hotel on Saturday if it becomes necessary.

One hundred and fifty one (151) workers at Sea Island in Georgia are in preparation mode if an evacuation order is issued.   The property is no longer in the path of danger. Therefore, there is no need for evacuation.

Ninety Seven (97) workers at Kingston Plantation Hotel in Myrtle Beach, South Carolina, were relocated to the North Myrtle Beach High School.  They are presently being accommodated in the hallways.

Catastrophic flooding is expected in Myrtle Beach and in the north eastern part of South Carolina.