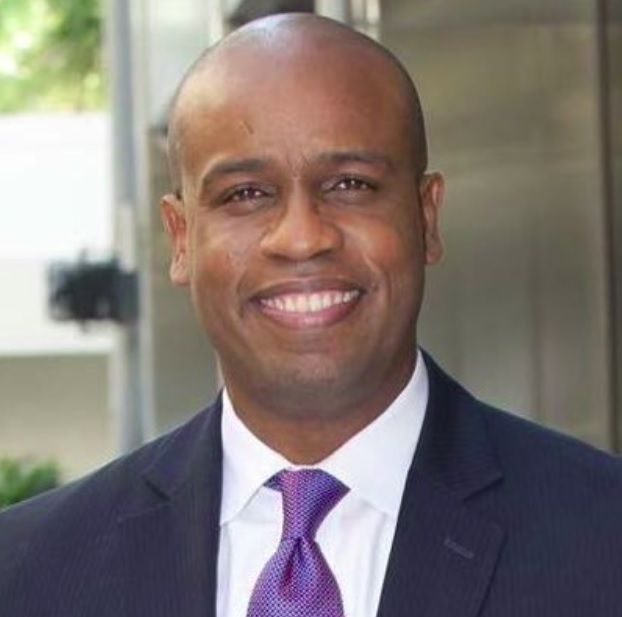 Jamaican-born, Miami-based attorney Marlon Hill has made history last week by becoming the first Jamaican American to enter the race to be seated on the Miami-Dade County Commission.

Accompanied by wife of 21 years, Carla, Hill recently filed qualifying papers as a candidate to represent District 9 on the Miami-Dade County Commission in Florida. Hill intends to qualify via the gathering of petitions from eligible registered voters in District 9 covering a number of SW Miami Dade neighborhoods. The  elections are slated for Tuesday, August 25, 2020.

The seat, held by Commissioner Dennis Moss since 1993, will be open due to term limits in 2020.

Known for his entrepreneurial acumen as a business lawyer, Hill is also known for his local activism in support issues such as civic engagement, voter education, breast cancer awareness, business opportunities, and youth mentorship.  As a past president of the Caribbean Bar Association and trustee of the Miami Foundation, Hill has also served as an avid advocate for issues impacting communities of color.

Born in Jamaica and raised in South Miami Heights, Hill is a graduate and Hall of Fame alumnus of Miami Southridge Senior High School and has lived in District 9 since 1985.  He is a partner at the law firm of Hamilton, Miller & Birthisel and presently serves a a board member of the Miami Parking Authority, Orange Bowl Committee, and Miami Book Fair International.

“Servant leadership begins in the church, is nurtured at home and put into action in the community. And the sole purpose is for greater glory of God. I learned this lesson first hand from my teenage days from the Jesuit tradition at the St. George’s College in Jamaica. These values followed me when I migrated to Miami in 1985 and have served as my GPS, stated Hill.

He further commented, “The time has come for me to elevate what I have been doing for years on a different platform. My primary role in this campaign process will be to listen and learn from the residents of South Miami Dade County, and to help magnify their voices and needs to the hallways of county government.”

Hill attended business school and law school at Florida State University and returned to Miami Dade County in 1995 to continue his work with students of immigrant descent, particularly those from the Caribbean. When he returned from law school, he heard about an emerging leadership program called the Miami Fellows at The Miami Foundation. He is an alumnus of Miami Fellows (Class I) and is a past Foundation trustee. He credits his Fellows experience for giving structure to his life and inspiring a legacy of civic leadership and activity that he wants to leave in the Greater Miami area.

Hill has been featured as one of the “outstanding members of the emerging generation of South Florida business and professional leaders” in the Daily Business Review. He received the Greater Miami Chamber of Commerce Bill Colson Leadership Award in 2016, the M. Athalie Range Foundation, Bridge Builder Award in 2012, and the inaugural Miami Foundation Ruth Shack Community Leadership Award in 2010.

Hill has been a frequent commentator on local radio as the host of a weekly segment, “The People’s Politics”, on WZAB 880AM and a contributor on WPLG Local10 This Week in South Florida.

“I embrace this public service opportunity to find innovative and proactive ways to make the lives of residents in District 9 of Miami Dade County better. We can only aspire together and rise together when neighborhoods are connected to their shared experiences, successes and challenges,” noted Hill.