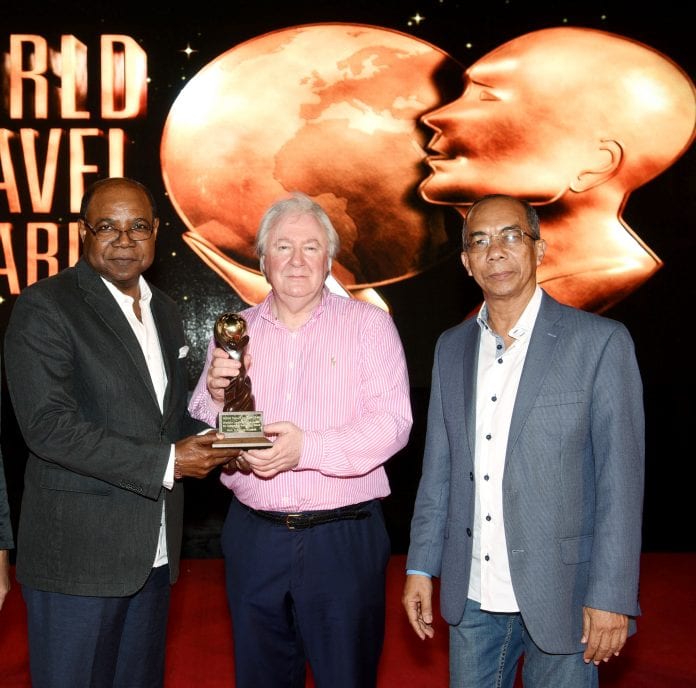 Jamaica says the nine awards won at the 23rd  World Travel Awards (WTA) function in the Maldives last weekend, is a testament to the current international value of Brand Jamaica.

Tourism Minister Edmund Bartlett said the awards were also a vindication of all the hard work and dedication that have been put into enhancing the tourism product and “a ringing endorsement of all the policies and programmes we have been undertaking.

Jamaica starred and had the most combined awards from the scores of destinations that were nominated,” Bartlett said.

“It is not an exaggeration to say that the garnering of such prestigious accolades, on such a stage and on that particular night, will be a major advertising boost for us and something which could positively improve on our projections throughout the winter tourist season,” he added.

Bartlett said the awards should not be used as an opportunity for the stakeholders to become complacent, adding “we must also be cognizant of the fact that the success of our tourism will not be sufficiently measured by the number of international awards that are won, but by the resilience of our people and the nimbleness of our models”.

He said the consistency of Jamaica’s tourism growth, both in revenues and visitor arrivals, has positioned the country as world beaters.