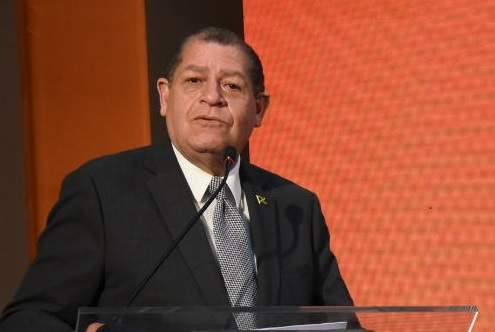 KINGSTON, Jamaica, CMC – The Jamaica government says there are plans to establish a center in Jamaica to further advance plant-based medicine research.

“In fact, Dr. Ngwa will soon be visiting Jamaica to further advance these discussions as Jamaica’s unique microclimatic conditions place us in an enviable position globally,” Shaw told the Jamaica Information Service (JIS).

Shaw noted that of just over 100 plants which are known and used for medicines, 51 are indigenous to Jamaica.

“We must also not forget that Dr. Lowe and others have developed plant-based medicines in Jamaica that are now world-renowned, and are presently submitting more applications for further development of additional plant-based medicines to the Food and Drug Administration (FDA) of the United States Government,” he added.

He said he first became aware of this “potentially significant initiative” while attending a conference on plant medicines, hosted by Dr. Nwga at Harvard in June.

The Minister said given Jamaica’s “unique” history with respect to cannabis and many other plant-based medicines, “exciting days” are ahead for the country in this regard.

Shaw indicated that the Cannabis Licensing Authority (CLA) has now issued 54 licenses to cannabis entrepreneurs, and will shortly complete export regulations to facilitate the legal export of cannabis raw materials, such as buds and oil extracts.

For his part, CLA Director, Delano Seiveright, said with pancreatic cancer predicted to be the second leading cause of cancer-related deaths by 2020, the medical breakthrough by Harvard’s scientists is a “major victory” for the cannabis industry.

“The significance here is that the life expectancy for cancer patients could significantly increase. We, in Jamaica, have to continue to do our part in ensuring that we are ready to capitalize on medicinal marijuana and the important role it is playing in scientific discovery,” he said.

Scientists from Harvard University’s Dana-Farber Cancer Institute, in their study published in the journal ‘Frontiers of Oncology’ on July 23, revealed that a chemical found in cannabis has demonstrated “significant therapy potential” for treating pancreatic cancer.

The resulting drug, ‘FBL-03G’, is said to be a derivative of a cannabis flavonoid, the naturally occurring compound found in plants, vegetables and fruits which, among other things, provides their color.

The results, according to Dr. Ngwa, one of the study’s researchers, are “major.

“The most significant conclusion is that tumor-targeted delivery of flavonoids, derived from cannabis, enabled both local and metastatic tumor cell kill, significantly increasing survival from pancreatic cancer,” he noted.

Dr. Ngwa said the significance of this is that, because pancreatic cancer is often diagnosed in later stages, once it has spread, and the flavonoids have proven capable of destroying killing other cancer cells, this could mean the life expectancy of those with the condition could increase,” the noted academic added.

“If successfully translated clinically, this will have a major impact on the treatment of pancreatic cancer”.