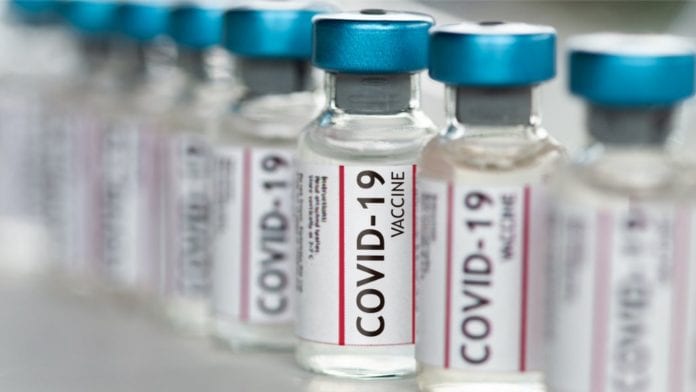 Unauthorized “Vaccines” Being Sold in Jamaica As Immunization Campaign Gets Underway

It’s been one week since Jamaica began its vaccination campaign and already government officials are raising concerns about a vaccine black market.

Jamaica’s vaccination campaign began on Wednesday, March 10, exactly one year after the island recorded its first case of COVID-19. Healthcare workers across the island rolled up their sleeves to get their first dose of the Oxford-AstraZeneca vaccine donated by India. Public Health Nurse Marcia Thomas Yetman and Dr. Denise Eldemire-Shearer, the wife of deceased former Prime Minister Hugh Shearer, were the first two people to get the jab.
Former President of the People’s National Party Dr. Peter Phillips, 71, and Former Prime Ministers PJ Patterson, 85, and Bruce Golding, 73, were also asked to get vaccinated in a bid to raise vaccine confidence among Jamaicans. But as was the case with COVID-19 testing, Jamaicans soon found ways to cheat and beat the immunization process. One day after the inoculations began, Dr. Mindi Fitz-Henley, president of the Jamaica Medical Doctors Association, said she was made aware that some doctors were selling “vaccines” from their private offices.
“I heard a report of a person on the road asking others if they wanted information for this person who was vaccinating people for JMD $4,000,” she revealed while on a local radio show.

“We don’t know if it’s an actual doctor or if it’s scammers targeting vulnerable people. And we can’t verify if these people that go there are getting AstraZeneca or any vaccine for that matter because most people are not gonna check the bottle or the vial.”
The island’s Minister of Health and Wellness Dr. Christopher Tufton later said that he was shocked to hear of the development, but ironically, back in January, Tufton had predicted that a vaccine black market would arise on the island whenever the government received the shots.

At a press briefing on January 25, Dr. Tufton had warned against pop-up vaccine sites.
“Like testing, I suspect that over time you will see persons or entities offering a solution for those who require vaccines and there is the likelihood that you would have an underground or black market for vaccines. I certainly would not advise anyone to take a vaccine from an entity or individual with no legitimacy because you never know what you’re going to get. Sometimes, it may not work out in your favor,” Dr. Tufton said.

Unregistered people already skipping the line for the Jamaica vaccine

What comes even less as a surprise is persons not among the priority list that have gotten vaccinated. Last week, Prime Minister Andrew Holness had sent a strong warning to residents who wanted to “jump the line” for vaccinations.

“Regardless of who you are in the society, once the rule is set, you will abide by the rules,” Holness stated, adding that “I’m committed that the distribution of the vaccines does not fall in this category of nationally important goods to be distributed, where people break the lines [and] because of connections, they get.”

Read More: More Caribbean Countries to Get Vaccines through COVAX Next Week

But two days after the vaccinations began, Tufton confirmed that there were breaches to the protocols in some vaccination centers across the island when persons who were not registered turned up seeking to access the vaccine. The health minister also revealed that it was healthcare workers facilitating the breaches by calling unregistered people to get the shot.

Since the vaccination campaign got underway, there have been other bumps in the road including a stolen vial with 10 doses of the vaccine at the Cornwall Regional Hospital in Montego Bay. The health minister says he anticipated that the country would experience issues within the first month of the rollout, but opposition members including PNP General Secretary, Dr. Dayton Campbell, say the unfortunate issues highlight the need for bipartisan cooperation on the national effort to procure, store and administer the vaccines.

Read More: Jamaica Comfortable With Use of Oxford-AstraZeneca Vaccine Amid Blood Clots Concerns

As of March 14, 12,000 people had been vaccinated on the island. The Ministry of Health and Wellness had targeted 17,000 within the first week of vaccinations. The primary focus for the vaccines remains on healthcare workers, members of the Jamaica Defence Force (JDF) and the Jamaica Constabulary Force (JCF), senior parliamentarians, and then Jamaican residents over the age of 60.