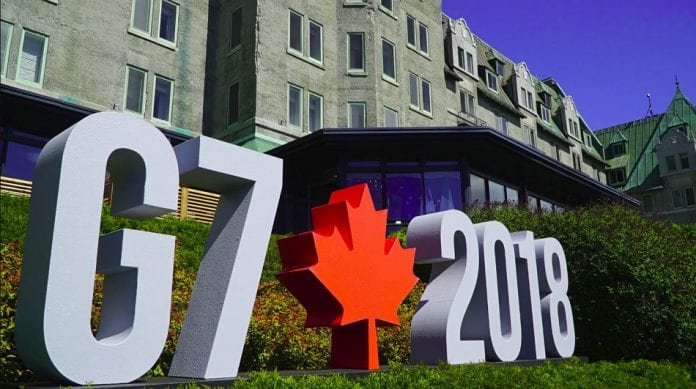 The Government of Jamaica is to announce measures to address plastic pollution at a meeting of G7 Environment, Energy and Oceans Ministers in Canada later this month.

Speaking at the opening of a regional environmental workshop in Kingston, Minister without Portfolio in the Ministry of Economic Growth and Job Creation, Daryl Vaz, said the actions to be undertaken are aimed at making the environment cleaner and healthier for Jamaicans.

“I will just indicate that Jamaica is being invited to participate in the G7 conference [from September 18 to 20] and we have chosen to make our announcements at that forum where Jamaica has been invited to be a keynote speaker,” he said.

“We’re moving towards a ban on single-use plastic, but while we do so, we’re also working on a Plastic Minimization Project in collaboration with United Nations Environment, and with the support of the Government of Japan, to reduce and manage plastic marine litter from the land-based activities, in an environmentally sound matter.”

Minister Vaz first announced the Government’s intention to prohibit the use of single-use plastic bags in the retail trade in May.

The three-day workshop for the Second Technical Meeting of the Caribbean Working Group on Environmental Indicators of the Latin American and Caribbean Initiative for Sustainable Development (ILAC) is being held from September 4 to 6.

It provides an opportunity for stakeholders from the various participating countries to share experiences and work collaboratively in the production of environmental information that supports decision-making across the region.

The meeting will look at advances made and innovations to come; and will include thematic sessions on cross-cutting resources such as Environmental Information Systems and State of the Environment Reports, as well as specific issues that focus on waste management, ocean monitoring and disaster-risk reduction.