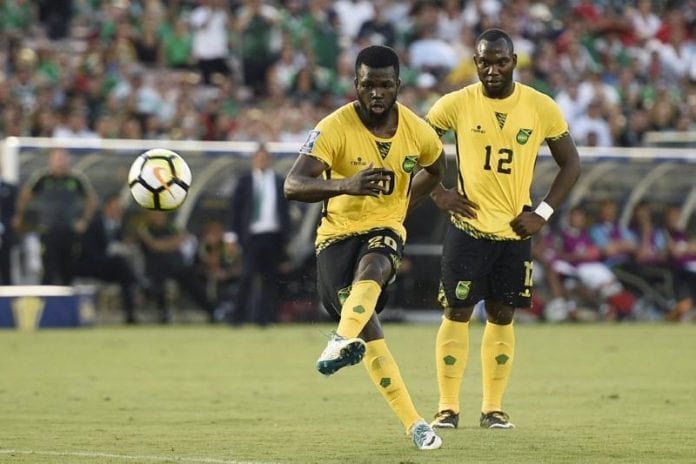 The Jamaican soccer team pulled off a historic victory on the back of a spectacular strike from fullback Kemar ‘Taxi’ Lawrence to beat CONCACAF powerhouse Mexico and advance the Gold Cup finals On Sunday.

The Reggae Boyz continued to rewrite the history books by becoming the only Caribbean team to appear in consecutive finals in the region’s premier tournament.

Lawrence put the icing on the cake of a stout-hearted performance by the Jamaicans to hit a free kick from just outside the penalty area in the 87th minute to seal the 1-0 win for the Jamaicans.

As usual the Jamaican captain and clearly the tournament’s most outstanding goalkeeper, Andre Blake, was a tower of strength for his team as he led from in front. Blake pulled off seven magnificent saves to keep his team alive earlier in the encounter, which threatened to get physical at times. A total of seven yellow cards were issued in the game.

The Jamaicans employed a more adventurous approach than they did in the group encounter which ended in a dour goalless draw between both teams last week. Forwards Darren Mattocks and Romario Williams worked tirelessly to harry the Mexican defense and by the end of the first half the Mexican squad, team management and large throng of supporters were obviously frustrated.

Lawrence and the Jamaican backline fought to contain the marauding Mexicans who squandered a few gilt-edged chances which were happily gobbled up by Blake. The importance of Lawrence’s strike was not immediately obvious based on the humbled reaction of the Boyz who chose to remain focused on completing the task. Then, at the final whistle there was an explosion of emotions, and a circle of praying players.

The Mexican mood could be summed up the image of a bitterly disappointed fan violently tossing away of his sombrero.

The Reggae Boyz will now face the USA at the same Rose Bowl Stadium in Pasadena, California on Wednesday. This will be replay of the 2015 semifinal when the Jamaicans won 2-1.

Caribbean Airlines to Resume Flights to Guyana on Monday