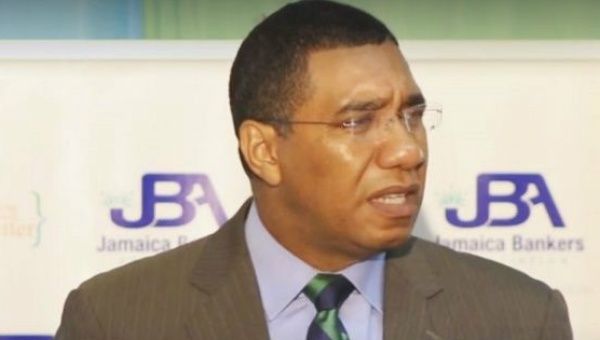 Gangs reach are far and wide

“The impact of these gangs is not confined to the specific area in which they reside, but their reach is far and wide, extending to all parishes,” Holness said, as Parliamentarians gave the green light to extending the SOE in Kingston Central, Kington Western, and St. Andrew South Police Divisions.

Last month, Holness had declared the SOE in these areas of the capital and the Emergency Powers (Continuance) Resolution 2018 was approved on Tuesday.

Holness told legislators that the informed opinion of the security forces has been that the level of criminal activity experienced continues to be a threat in certain areas.

He noted that during assessments undertaken regarding communities affected by gang warfare and violent crimes, several communities within the geographic area in question emerged among the top 10, with respect to murder and shooting incidents, over the year 2017 and as at September 30, 2018.

“For the period January 1, 2018 to September 30, 2018, Trench Town recorded the highest combined total of murders and shootings in the country, with 55; Whitfield Town recorded he fourth highest total of 34 and Tivoli Gardens recorded the sixth highest of 32 murders and shootings combined,” Holness said, adding that his administration is committed to retaking and transforming Kingston.

Aim to dismantle plethora of gangs

He said the SOE would facilitate the operations of the security forces in dismantling the plethora of gangs that are operating in the affected areas.

“Many of these gangs are currently embroiled in feuds that have left communities tense and have adversely affected the livelihood of citizens in neighboring communities,“ Holness said, adding the reprisals, counter-reprisals and general gang warfare, which has caused fear and insecurity, cannot be allowed to continue.

“We must, therefore, offer the strongest support for the security forces, within the context that they will be enforcing the laws within the provisions of the laws and to the benefit of our citizens,” He said the security forces have done well, thus far, and they have shown through their conduct of operations, both in the SOE and the zones of special operations, that they can use extraordinary powers responsibly.

“This government expresses its gratitude to the security forces. Many of them have not been able to spend time with their families, [as] they are on duty and on call protecting the people of Jamaica,” Holness said.