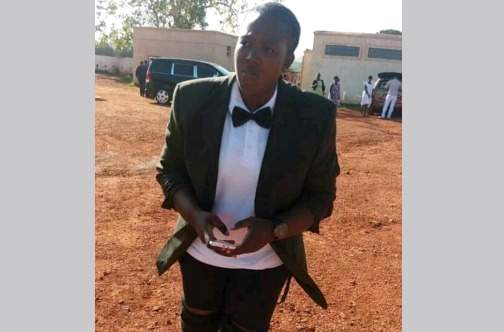 KINGSTON, Jamaica – Jamaica may soon have its first openly transgender Member of Parliament, with 29-year old Political Activist Rich Richards already campaigning for a seat in the House of Representatives.

The former PNP Political Activist, whose birth name is Richana, said that he will run as an independent candidate in the St Andrew North Eastern constituency in the next general election, constitutionally due in 2021. The constituency is currently represented by Delroy Chuck of the ruling Jamaica Labour Party (JLP).

Richards, who has been a member of the People’s National Party since he was 15-years-old, announced his decision to run for MP as an independent candidate.

“There has been a change of plan. As of today (July 1) I am in the process of putting together a campaign team. I’m going to be running as an independent candidate. It’s complicated; it’s very complicated and people [try] to be politically correct when it comes to LGBTQ (lesbian, gay, bisexual, transgender, and questioning or queer) people speaking out. It gets challenging but I will be a candidate in the next general election,” Richards said in an interview with the Jamaica Observer.

Richards said he began as a constituency representative for the PNP’s youth organisation, before moving on to a campaign officer for John-Paul White, who ran unsuccessfully in St Andrew North Eastern.

“I was booted off that campaign by [someone] because of the obvious. I was a part of another campaign team, I was the front-runner on another campaign team organising the workers’ list and all of that. I’ve sat on the executive of the constituency for the party as the vice-chair and as the youth organisation’s representative.

“Today I’ve taken a decision to run independently. I’m not bitter [nor want to] badmouth the party; I’m just not leaving my future up to a decision from the party,” he stated.

“I know North East St Andrew like the back of my hand — all 72 PDs (polling divisions) — having canvassed them. A man will not necessarily vote for you because he will say you’re a Labourite or a Comrade, but being independent does allow me access to boost voters [from the] JLP and PNP. It also allows me access to those young people because I’m also a promoter who has kept the party in the spaces in North East St Andrew. So, that will allow young people to vote for me because of my name,” he said.

He said since his time in politics, he has implemented several programmes across the constituency, including special teaching classes at schools there.

“I also had a programme where I assisted young boys who had fallen out of school to get back. So I have been here and I have been doing what needed to be done,” he noted.

When asked if he thinks that being transgender will negatively affect his chances at the polls, he said no.

“I think my sexuality gives me an advantage because LGBTQ persons aren’t naturally prone to voting and I live in upper St Andrew. [In] this constituency most of the communities are large so that will give me an advantage, whether it’s a familiar face or a person of said persuasion.

“I also think it’s the right time. We’re at a place where we’ve left from Karlene Kirlew, who has done so much in her one term as Member of Parliament, to Delroy Chuck, whom the JLP rewarded as Minister of Justice. He has served so many positions in the JLP and, to be frank this constituency is the smallest constituency in terms of size across Jamaica and the constituency with the least lower level (poor) constituents and he has done very little. He is receiving the same amount of money as South St Andrew, East Kingston and East Rural St Andrew, which are big constituencies and there is no work done by Delroy Chuck in North East St Andrew. He has been here for almost 18 years and we don’t have a community centre. We don’t have any form of social activity geared towards children or at-risk youth. There is no stamp that the Member of Parliament has made in North East St Andrew and look and be non-partisan and say he has done a good job,” Richards stated.

He said his main focus will be on the youth of the constituency if elected MP.

In recent years, Jamaicans, specifically millennials and the younger generation, have become more tolerant and even accepting of the LGBTQ community. Organizations like TransWave Jamaica, established in 2015, and J-Flag, founded in 1998, have been actively working to educate, inform, and protect the human rights of the LGBTQ community in Jamaica.