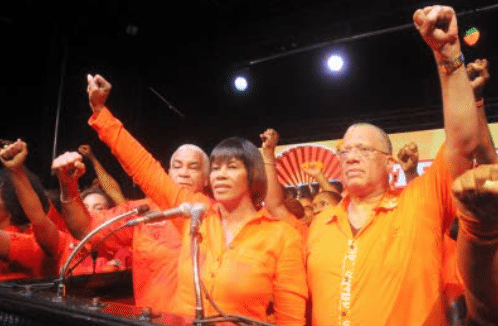 On Sunday night, Jamaican Prime Minister Portia Simpson Miller ended the anxiety of of Jamaicans at home and in the Diaspora by announcing that the General Elections will be held on February 25.

Simpson-Miller also announced that Parliament will be dissolved on February 5 and that Nomination day is February 9.

The Prime Minister made the announcement while addressing PNP supporters at a mass rally in Half Way Tree.

Simpson Miller is seeking a second consecutive term. She became Jamaica’s first female leader during a year-and-a-half stint in office that ended in 2007.

Overall, the PNP has won nine general elections since 1944, to the JLP’s seven, which includes the 1983 poll when the PNP boycotted the activity, griping about what it considered a bogus voters’ list — something which had characterised local elections, especially between the three decades of 1962 and 1992.