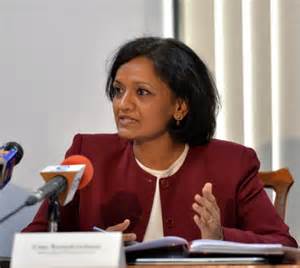 The International Monetary Fund (IMF) has announced Jamaica is likely to receive US$180 million from that organization in October. The announcement came after an IMF delegation reached a preliminary agreement with the Jamaican government on a set of policies that aims at completing the second review under the government’s Stand-By Arrangement (SBA) with the IMF.

The IMF delegation, headed by Uma Ramakrishnan, ended a two week visit after conducting discussions on its second review of Jamaica’s financial and economic program supported by the IMF’s precautionary SBA.

In a statement, Ramakrishnan said the IMF team reached a preliminary agreement with the Jamaican authorities on a set of policies that aims at completing the second review under the SBA. She explained that consideration by the IMF’s Executive Board is tentatively scheduled for October.

“Upon approval, an additional SDR 126 million (about US$180 million) will be made available for Jamaica, bringing the total accessible credit to about US$790 million. The Jamaican authorities continue to view the SBA as precautionary, and use it as an insurance policy against unforeseen external economic shocks beyond Jamaica’s control,” she said.

The IMF official said that Jamaica’s economic program continues to deliver strong results, supporting high confidence and increasing job creation. She said the Jamaican economy is rebounding, despite the impact of weather swings in 2017.

Ramakrishnan said for the financial year, 2017-18, economic activity is projected to expand by 1.6 per cent, slightly lower than anticipated, as flooding adversely impacted agriculture. Over the medium-term, economic expansion is expected to be around 2.5 to three per cent , as sustained reforms yield higher investment and productivity dividends.