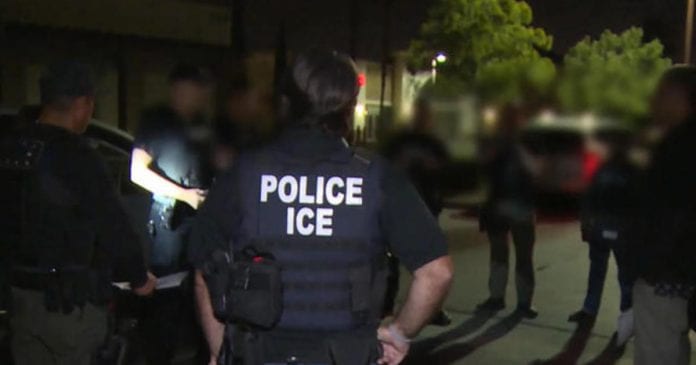 MIAMI, Florida – Just as Trump was kicking off his campaign reelection bid for 2020 in Orlando last month, he announced that his administration would begin deporting “millions” of undocumented immigrants in the U.S. in the coming weeks.

This threat was later backed up by acting ICE Director Mark Morgan, who confirmed Trump’s tweets, telling reporters that the agency will launch an operation to target and remove undocumented immigrant families who have received final orders of removal, to send a “powerful message” to deter illegal immigration, adding “It’s straightforward: if you’re here illegally, then you should be removed and in this case, that includes families,”

As expected, the threat sent shockwaves through the immigrant community, causing even more fear and anxiety for a population already feeling under constant siege. ICE plans to begin operations in ten major cities: Atlanta, Baltimore, Chicago, Denver, Houston, Los Angeles, Miami, New Orleans, New York and San Francisco, and will likely expand into other areas as the process moves forward.

Then a few days later just on the eve of the planned operation, Trump backtracked and said he would delay the raids to give Congress time to make changes to asylum laws.

Now some three weeks have elapsed; Congress have made no changes to the law, and Trump has announced today, July 11 that the planned raids will take place on Sunday, July 14.

It’s important to understand that most immigrants in the U.S. who lack legal status will not be a target of these planned raids. No ICE agents are going to be rampaging through random immigrant neighborhoods knocking on doors and taking families into custody. The agency says the focus of the apprehensions are on those who crossed the border illegally and were placed in an expedited proceeding in the immigration court system but failed to report for their hearing, as well as others who have final orders of deportation. This is not to say that other undocumented immigrants who are encountered as part of the raids will not be apprehended as well, but in general, law-abiding immigrants who do not have deportation orders should not be unnecessarily alarmed by all the hype and rhetoric.

However, those who do have deportation orders who are living at the same address which is in the ICE system, might not want to be at that location any time soon. Immigrants who are not sure whether they have a final order of deportation can call the deportation hotline 1-800-898-7180 or call our office and give us the Alien Registration Number and we will do it for you.

The Rights of Immigrants

In all cases, it’s important for immigrants to understand their rights and to be informed about what ICE agents can and cannot do. For instance, ICE agents are not allowed to enter your home without a warrant, so you do not have to open the door. Also be aware that ICE agents have been known to pretend to be police officers asking about a crime or warning about identity theft, so even if you open the door and they present a badge, you are allowed to close the door and tell them you do not want to talk to them unless they present you with a warrant without fear that they will bust your door down like they do in the movies.

You can get more information about your rights and download the free app to find out if ICE is in your area or even report ICE raids in neighborhood by visiting our website at www.Immigratetoday.com and clicking on the Immigration Newsletter link.