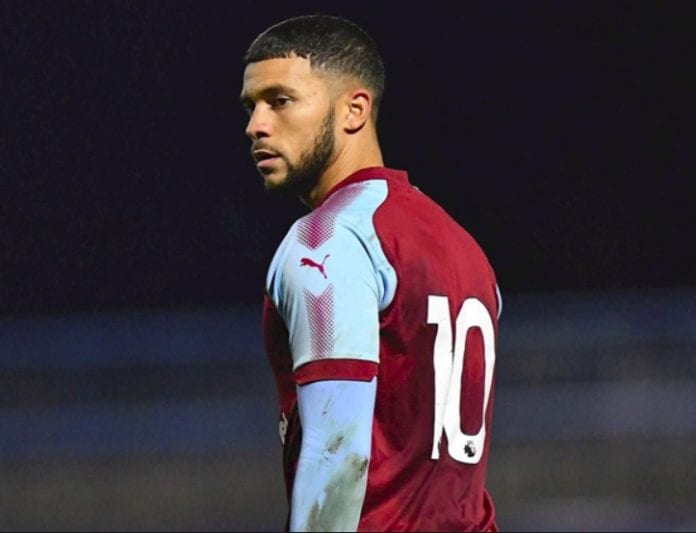 Bristol City striker Nahki Wells is “hungry” ahead of the new English Championship season and the 30-year-old Bermudian believes it could be the best of his professional career.

Wells, with four pre-season goals under his belt already, says he is in good physical shape, is highly motivated and determined to play his part in helping the West Country club push for promotion again to the Premier League.

He is also ready to pull on his national team shirt again when Bermuda play in World Cup and CONCACAF Gold Cup qualifiers.

“I’m just taking it one game at a time in pre-season, focusing on my fitness and being as sharp as I possibly can be.

“I do really believe this is going to be my best season yet. If I can reach my personal milestones and targets that will hopefully help us towards trying to achieve promotion.”

Wells, who scored five goals for City last season after being sold by Premier League club Burnley in the January transfer window and 15 earlier for Queens Park Rangers, where he had been on loan, has every reason to be optimistic after notching a hat-trick in a 4-0 win over League Two outfit Cheltenham Town last week.

“This is our third week of pre-season now and we’re in a good place at the moment,” Wells added. “The pre-season is going well and we’re all up to speed.”

City drew 1-1 against Premier League side Aston Villa in a behind-closed-doors friendly on Wednesday and will host League One outfit Swindon Town in another friendly on Saturday ahead of their League Cup first-round match at home to Exeter City on September 5.

Meanwhile, Wells is also looking forward to his international commitments.

Bermuda will be involved in World Cup qualifiers from October 8 to November 17 and will resume their bid to qualify for the Gold Cup next July.

“I definitely still have intentions of representing my country and doing my best to help us qualify for the Gold Cup and have a good run to see what we can do in the World Cup qualifiers,” Wells added.

Bermuda have been drawn in Group B alongside Canada, Aruba, Cayman Islands and Suriname in the World Cup qualifiers.

The group winner will progress to the second round.

“Those are some games that I’m looking forward to,” Wells said.