HELLO CONGRESS! Where is the new DACA law? 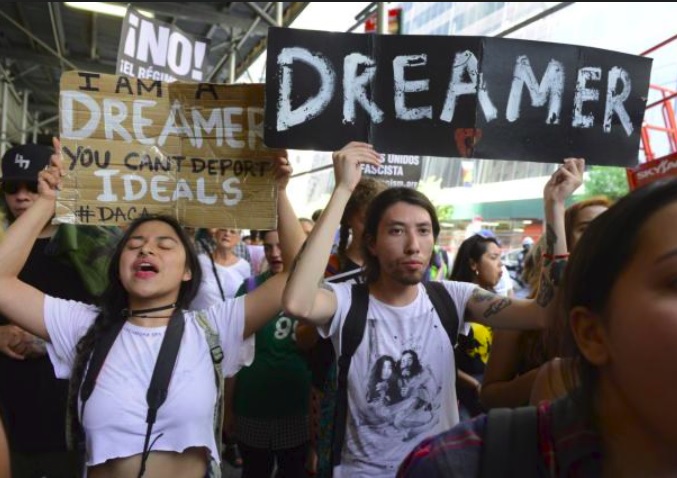 March 5th has come and gone, without the US Congress meeting the goal set by President Trump to come up with a bill that would govern the Deferred Action for Childhood Arrivals (DACA) program. Trump, in refusing last year to extend the program initiated under the Obama administration to provide legal immigration status to immigrants brought to the US illegally as children, passed the buck to Congress to pass the relevant law by March 5. Without this law, some 700,000 Dreamers, as these immigrants are called, including an estimated 20,000 Caribbean nationals, risk deportation to their countries of origin.

Since Trump issued the ultimatum to Congress, indicating he would sign any bill passed, there has been no indication the parties in either chamber of Congress has the ability to come up with a bipartisan Bill. Were it not for the ruling of a Federal judge in San Francisco, California, to temporarily block the termination of the program for existing and renewal DACA applicants, and the recent refusal by the US Supreme Court to hear an appeal of the California Court ruling, Dreamers would be now faced with deportation.

As it now stands, the fate of the DACA program remains either with Congress passing permanent legislation, or with final adjudication of the DACA lawsuit still pending before the California appeals court, which theoretical could take several years. Whatever is the eventual outcome these Dreamers continue to live in a situation of abject uncertainty which could change at any time. No solution has been reached for new DACA applicants or for permanent protections which would allow Dreamers to live in the U.S. permanently and obtain U.S. Citizenship.

Adding to the uncertainty of the fate of these Dreamers is that another March date looms which could have either a positive or negative impact on them.

The Federal government is current functioning under a temporary  budget extension which expires on March 23..  Democrats in Congress agreed to this budget extension on assurance given by Congressional leaders that Congress would debate immigration reforms, including DACA, and craft a bi-partisan bill. There is absolutely no indication of a bi-partisan immigration bill becoming a reality in the next three weeks.

It’s not that US House or Senate representatives haven’t been trying to come up with a bi-partisan bill. The problem is the opposition to immigration reform and a path to permanent residency and citizenship for illegal immigrants is extremely difficult to overcome.

In the latter half of February, four amendments to the nation’s immigration law were tabled to address the DACA program. Each was voted down, unable to secure the required 60 votes to pass. These measures failed because of the inability to find consensus on conditions set by Trump. These conditions include funding for a Mexican border wall; penalties on sanctuary cities; cessation of so-called chain or family immigration to be replaced by immigration based on merit.

The net result is despite a highly profiled bipartisan White House meeting during which the president assured he would approve an immigration bill; despite two government shut-downs; despite submission of bipartisan bills; a stalemate continues over immigration reform, and DACA in particular. The White House and conservative Republicans insist on abolishing nearly all family Immigration in exchange for permanent protections for Dreamers. Democrats refuse to agree to legislation which places limits on family Immigration, or which does not include a pathway to citizenship for Dreamers.

Situation must not continue

However, this situation must not continue. It’s up to Americans sympathetic to immigration reform, immigration advocates striving for reforms, and Dreamers and other immigrants who have deportation hanging over their heads, to continue the fight for reform.

While this unfortunate stalemate continues, every day Dreamers and other immigrants who assumed they had some form of temporary amnesty are losing their work permits and protection from deportation. According to the Florida Immigration Coalition, an average of 122 young people are losing their DACA status daily.

The effort cannot be relaxed

Since mid-February, publicity of events like the tragic mass shooting at the Marjory Stoneman Douglas High School in Parkland, Florida, has shifted focus off the plight of undocumented immigrants. The need for permanent immigration reform, including a new DACA law, cannot be relaxed. Targeted pressure must be placed on Congress to fulfill its obligation to those depending on them for the required action. March 5 has passed with temporary respite, but the time is now for a new DACA Act and other positive immigration reforms.