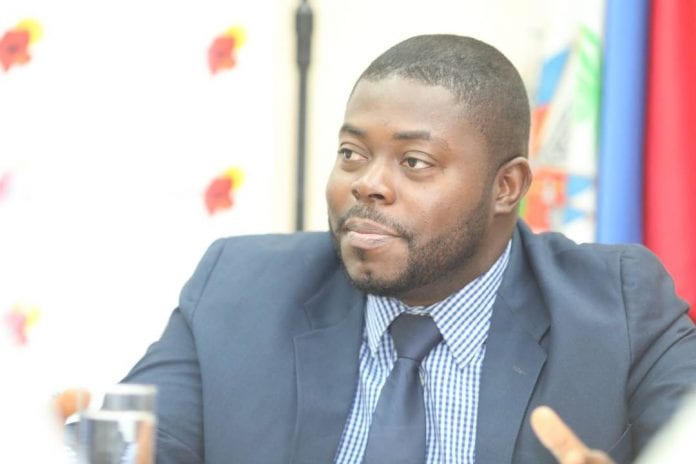 Director-General of the Ministry of Tourism, Andy Durosier, has survived a vehicular accident that resulted in the deaths of two people, including his assistant, Kimberly Antoine.

Police confirmed that the accident occurred on Saturday when the vehicle, which was being driven by Durosier’s driver, Jean Pierre Désir, overturned, hit an electricity pole on the RN #3, near Pignon and Dondon in the North department.

Antoine died instantly, while Désir died at hospital. The authorities said that Durosier is in a stable condition, nursing injuries.

Prime Minister Joseph Jouthe in a note to the Minister of Tourism, Myriam Jean, noted “in this painful circumstance, I ask everyone to show solidarity with the Minister, her staff, as well as bereaved families. It should be noted that the condition of Director General Andy Durosier is stable.”

Secretary of State Eddy-Jackson Alexis, said he was saddened at the accident and “associates himself with the pain of all those seriously affected by this tragedy, in particular, the families of the victims, their loved ones, their work colleagues and employees of the Ministry of Tourism.”