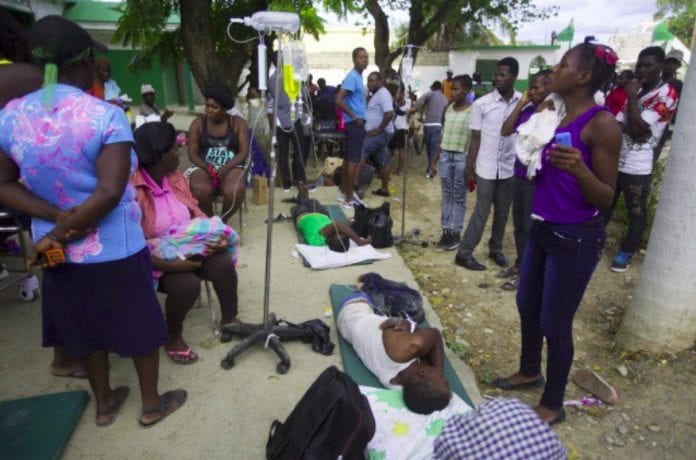 Haiti said 18 people have now been confirmed dead following the 5.9 magnitude earthquake that rocked the country on October 6.

The Directorate of Civil Protection (DPC) in its latest revised statement said that 580 people were injured up from the last figure of 333. The last assessment had indicated that 17 people had died.

The authorities said that the civil protection teams and the National Laboratory of Building and Public Works are completing the damage assessment, with the help of several partners.

In Port-de-Paix, which bore the brunt of the quake and the several aftershocks, the authorities said that hospital care is now being provided to residents free of cost and that the Immaculate Conception Hospital received a generator with a capacity of 125 kilowatts, a gift from the presidency.

It said that the distribution of food aid continues, a treated water storage tank and a hand washing point have been installed in an accommodation site with support from Action against Hunger.

“These initiatives complement the implementation of hygiene awareness actions in shelters, with a view to preventing cholera outbreaks,” the statement said.

According to the latest evaluations, 11,497 houses, up from 7,430, were either destroyed or damaged and that 90 per cent of them were in the communes of Bassin-Bleu, Port-de-Paix, Saint-Louis, north-west and Gros-Morn.

The most affected commune in the north is Pilate where at least 533 homes were affected.