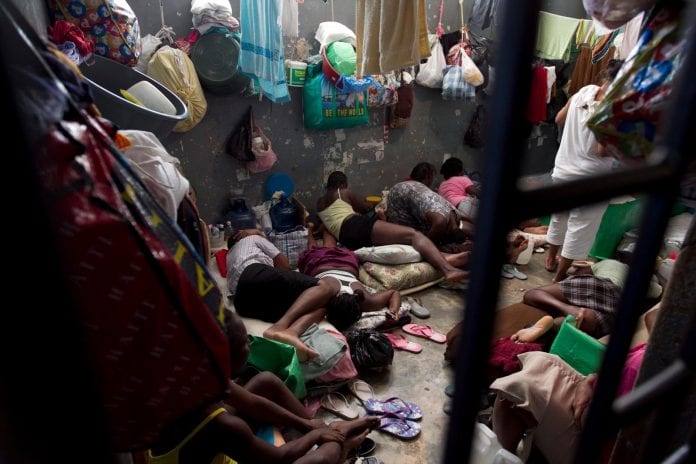 Haiti’s jails are raising questions of concern due to its overcrowding, malnutrition and infectious diseases.  The mortality rate behind bars is reaching alarming new levels with 21 inmates dead at the Port-au-Prince penitentiary just last month.

Haiti’s penal system is by far one of the most congested in the world, with a staggering 454 percent occupancy level, according to the most recent ranking by the University of London’s Institute for Criminal Policy Research.

Prison authorities say they try their best to meet inmates’ needs; however it is difficult to work with insufficient funds from the state. As a result of this, prison authorities fail to provide ample amounts of food and cooking fuel, leading to deadly cases of malnutrition-related ailments such as beriberi and anemia.

In 2016, United Nations Secretary- General Ban Ki-moon stated “nearly almost all of the 11,000 inmates in Haiti’s national prison system have access to less than one square meter of space and most face 23 hours of confinement a day”.

About 80 percent of those incarcerated have not been convicted of a crime and are held in prolonged pretrial detention. Despite the UN’s, along with international donors’, efforts to reduce the percentage, it barely budged.

In all, Haiti’s over-crowding prison system is due to high numbers of arbitrary arrests and overuse of pretrial detention. Some inmates have been waiting up to eight years to see a judge.  Cells that were made to accommodate 20 men are now being crammed with 80 to 100 inmates.