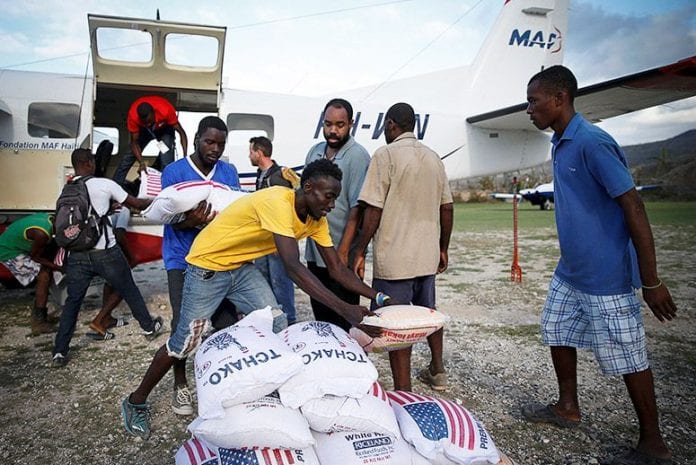 According to the United Nations World Food Program (WFP), Haiti is approaching famine-like conditions, with more than 1 in 3 people in the country of 11 million in need of urgent assistance for food.

A food assessment done by WFP in October found that 1 million of the nearly 3.7 million people suffering severe food shortages in Haiti are now facing an emergency and are on the brink of famine.

Additionally, the assessment shows that food insecurity in Haiti’s rural areas has increased by 15% since the last analysis in December 2018. For the first time, some 850,000 people in the capital Port-au-Prince are suffering severe hunger, with many not sure when they will eat again.

To add insult to injury, the violent protests in Haiti have made it extremely difficult for organizations to give residents the assistance that they need. WFP spokesman Herve Verhoosel said humanitarian agencies’ efforts to reach people in need have been hampered by security problems during the past seven weeks.

For example, he said WFP school feeding programs have been badly affected and many deliveries have had to be postponed. He said this is creating hardships for some of the most vulnerable communities in Haiti, which count on this assistance to provide food to families.

In early November, President of Haiti Jovenel Moise made a formal request to the United States, asking them for humanitarian assistance for residents. The United States Agency for International Development (USAID), days later, honored his request by distributing, through the United Nations World Food Program, 2,000 metric tons of food from its emergency stockpile stored in Haiti.

Though the USAID provided much-needed assistance, there is still much more that Haiti needs. Verhoosel warns that without immediate help, conditions in Haiti will deteriorate further. He says it is expected the number of people needing food aid will increase to more than 4 million by early next year.