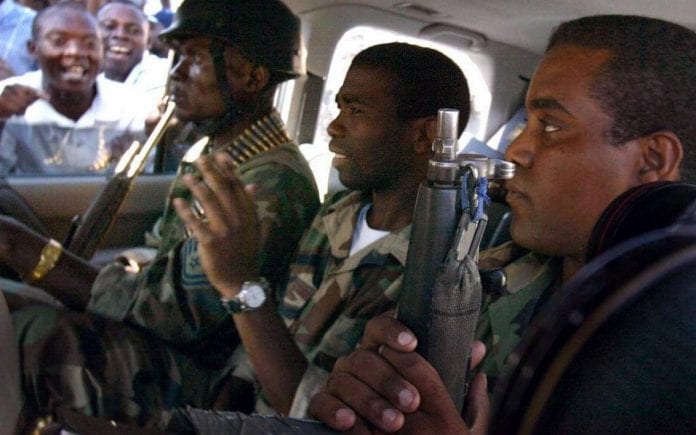 The United States Attorney’s Office (USAO) of Southern District of Florida has released the charges against Guy Philippe, the former Haitian rebel turned politician, who was arrested Thursday afternoon in Port Au Prince and extradited a few hours later.

Philippe, 48, was indicted in 2005 on one count of conspiracy to import narcotics; one count of conspiracy to launder monetary instruments and engage in monetary transactions in property derived from unlawful activity and one substantive count of engaging in monetary transactions derived from unlawful activity. Philippe, who was elected as a Senator in the November 20 legislative elections in Haiti last year, was ordered held without bond during an initial hearing before U.S. Magistrate Judge Barry L. Garber of the Southern District of Florida.

Philippe’s arraignment hearing is scheduled for January 13.
According to the indictment, from approximately 1997 through 2001, Philippe conspired with others to import more than five kilograms of cocaine into the United States.