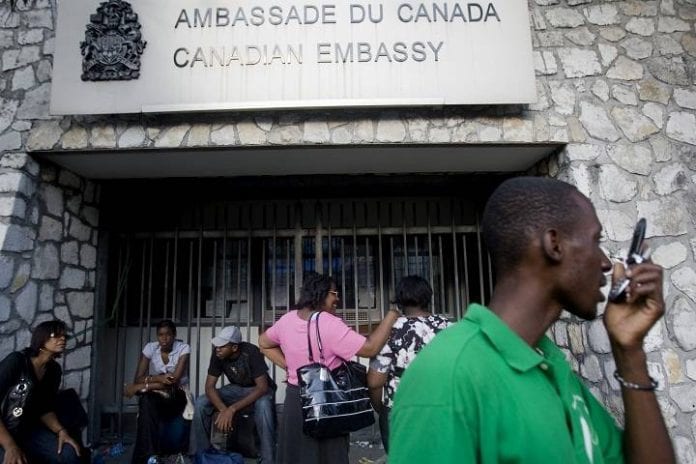 PORT AU PRINCE, Haiti, CMC – The Haitian government has condemned the attacks on foreign embassies in the country during opposition inspired street demonstrations Sunday to force President Jovenel Moise out of office.

The United States has reiterated its call for all political stakeholders to put aside their differences and hold dialogue “without delay.”

“The United States condemns the ongoing violence in Port-au-Prince and other cities. These shootings, killings, arson, and destruction only hurt Haitian citizens, but also add to Haiti’s economic and social instability and prolong the interruption of daily life for the Haitian people, particularly Haiti’s schoolchildren,” Washington said in a statement.

On Sunday, protesters calling for the resignation of Moise, whom the opposition parties have accused of corruption, burnt tyres in front of the Canadian Embassy, blackening the entrance facade.

In Delmas, the protesters burned a vehicle near the same embassy and also sought to torch a branch of the UNIBANK by setting fire to the ATM.

There were also similar attempts at burning down buildings across the country on Sunday.

Police fired teargas and bullets into the air in a bid to disperse demonstrators, some of whom were demanding increased salaries and better working conditions in addition to the removal of Moise who came to power in 2017.

Police also reported that at least two people were killed including an incident near the old cemetery of Pétion-ville, where an attacker was killed after being set on fire, accused of murdering an unidentified person.

In a statement, the Ministry of Foreign Affairs condemned the attacks on the diplomatic missions and apologised to the ambassadors of Canada and France.

“The Foreign Ministry informs the press…that Sunday, October 27, 2019 protesters erected a fire barricade in front of the walls of the Embassy of Canada located in Delmas and took the opportunity to launch a Molotov cocktail on the court of said Embassy wounding at the leg an officer of the National Police of Haiti who was ensuring the security of this diplomatic mission.

“Moreover, on Friday, October 25, 2019, demonstrators had already launched a Molotov cocktail and throwing stones at the French Embassy, ​​without causing any casualties,” the Ministry of Foreign Affairs said.

It said that the government “strongly condemns these barbaric acts which are contrary to the spirit of hospitality of the Haitian people and the principle of inviolability enjoyed by the Diplomatic Missions, in accordance with Article 22 of the 1961 Vienna Convention on Diplomatic Relations”.

Foreign Minister Bocchit Edmond has already spoken with the ambassadors of Canada and France to express the regrets and apologize of the Haitian government for these regrettable events, the statement said.

The Ministry of Justice and Public Security said it has already issued instructions to the Central Directorate of Judicial Police (DCPJ) for an investigation to be opened “so that those responsible for these acts are arrested and tried according to the prescribed of the law.”

Meanwhile, Washington said while it “firmly” supports the right to peaceful protest and freedom of expression, it was urging “all citizens to express themselves peacefully and to reject violence.

“The United States supports the Haitian people’s aspirations for a better life; these aspirations must be achieved through a Haitian-led, nonviolent, and democratic solution, including through inclusive dialogue.

Haiti’s political and economic leaders need to work together with civil society toward a peaceful and democratic solution,” Washington said in its statement.

The Trump administration said that ‘the apparent lack urgency to resolve the extended political stalemate is increasingly worrisome, as is the growing negative impact on public security, the economy, and the delivery of humanitarian assistance, including food aid”.

Last week, opposition political parties rejected a call by the United States for all political stakeholders to put aside their differences and work towards “a peaceful and democratic solution” to the ongoing political and economic situation in the country.

A spokesman for the opposition parties, André Michel, said the US Embassy and the rest of the international community must not continue to support Moise.`

He said the opposition would maintain its scheduled of protests action over the next seven days to force Moise out of office.

“We are maintaining our schedule and (note)  that the country will be totally closed during this period of intensive mobilization. We call on the international community to join the Haitian people in their fight for the satisfaction of their legitimate demands,” Michel said.

Moise has denied any wrongdoing and has named former prime minister Evans Paul to head a team that would hold discussions with all stakeholders to discuss a way forward. 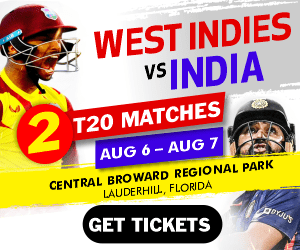