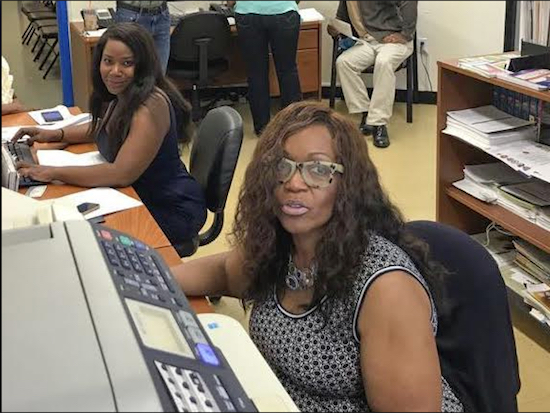 Rodney Pepe-Souvenir, a Haitian-American public interest lawyer has been sworn in as the Democratic Board of Elections commissioner.

New York State Assemblywoman Rodneyse Bichotte, the daughter of Haitian immigrants, who represents the 42nd Assembly District in Brooklyn, recently said that Pepe-Souvenir was sworn in after a near-unanimous vote by the New York City Council.

Ten commissioners are appointed from the five boroughs in New York City—Brooklyn, Queens, Manhattan, Staten Island and the Bronx.

“As an advocate of election reform, I know Pepe-Souvenir, a public interest lawyer, will lead the Board of Elections in a positive and more transparent direction,” Bichotte said, adding that she had nominated her for the position.

“As recent events showed us, it is more important than ever that we oversee the selection and award of contracts to vendors.

“I believe Pepe-Souvenir will help vet that process. The new commissioner’s other goals are to improve language access for voters, promote an efficient electoral process, ensure polling stations are well-staffed and prevent long lines on election day from occurring and suppressing votes, especially in traditionally underrepresented areas.

“I congratulate the commissioner on her appointment and look forward to seeing these changes effected under her term,” Bichotte said.

Pepe-Souvenir, who currently serves as president of the Haitian American Lawyers Association of New York (HALANY), is an experienced attorney who began her career in New York, where she focused on public interest law.

She first served as an Assistant District Attorney in Kings County, and then as a Special Assistant Corporation Counsel with the city’s Administration for Children’s Services.

Most recently, Pepe-Souvenir worked as an Affirmative Action Administrator with the New York State Office for People with Developmental Disabilities (OPWDD).

Pepe-Souvenir said she is “committed to working” in her local Haitian American community on such issues as mentoring of young people, and working with local elected officials and churches in providing legal information and support.