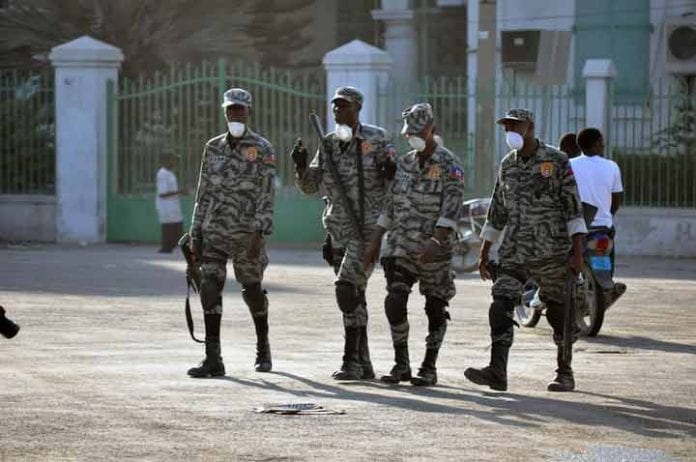 PORT AU PRINCE, Haiti – Haiti has condemned the “illegal” actions of some of its nationals who earlier this week lowered a flag that had been erected by the authorities in the Dominican Republic along the border between the two countries.

A statement from the Office of the Prime Minister said it had taken note of “the unfortunate incident” which had occurred on Monday “on the Haitian-Dominican border at Malpasse-Jimani…in Dominican territory”.

It said shots were fired as a result of the incident.

According to the local authorities, several Haitians had decided to remove the flag on the pole claiming that Haiti had ownership of land up to the Province of Azua.

They said it was an initiative that provoked the intervention of the Dominican soldiers of the Specialized Land Border Security Corps (CESFRONT) who were confronted with protesters throwing stones and bottles.

“The Government wishes to inform that the issue of the Haitian and Dominican flags at Terminal 252 has been resolved, in accordance with a prior agreement between the Republic of Haiti and the Republic Dominican, following meetings organized during the months of January and February 2020.

“In order to normalize the situation, a special ceremony had been planned during which the flags of both countries had to be hoisted at the same time on both sides of the border line.

“Therefore, the Government deplores this misunderstanding which tends to harm friendly relations between the two countries. It took the opportunity to inform the public that an investigation was opened to determine the perpetrators and co-perpetrators of this act,” the statement noted.

It said arrangements have also been made to hoist the two flags at Terminal 252, in order to maintain calm and serenity on the Haitian-Dominican border.

Haiti and the Dominican Republic share the island of Hispaniola.