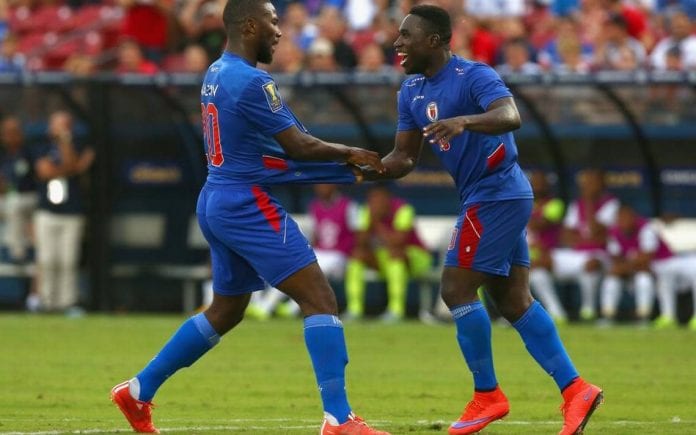 Even though Trinidad and Tobago are the only Caribbean team still in the hunt for a berth at the 2018 World Cup in Russia, and Jamaica are in the semi-final of the Caribbean Cup, Haiti are the best team in the region.

Haiti, after falling four places to 73, are the highest-ranked Caribbean team in the world.

The Haitians closest rivals are Jamaica, who are ranked 77 in the World.

Following closely on the heels of Jamaica, are Trinidad and Tobago, ranked 78.

Interestingly, St Kitts and Nevis have maintained their fourth-place ranking in Caribbean Football Union, with their closest rivals being Antigua and Barbuda.

Antigua have fallen like a stone in the rankings, dropping 11 spaces, to sit at 93 at year’s end.

To find the next best placed Caribbean side, one has to go all the way to 133 on the FIFA list, where you can find Guyana, who have improved three places.

Barbados, who will be heading into the CONCACAF Beach Soccer Championship as a replacement for the embattled Guatemala, are ranked 155 when it comes to the more orthodox form of the game, just ahead of Grenada, 158, and Aruba, 160.

Rounding out the top 10 Caribbean sides is St Lucia, who are ranked at 177.