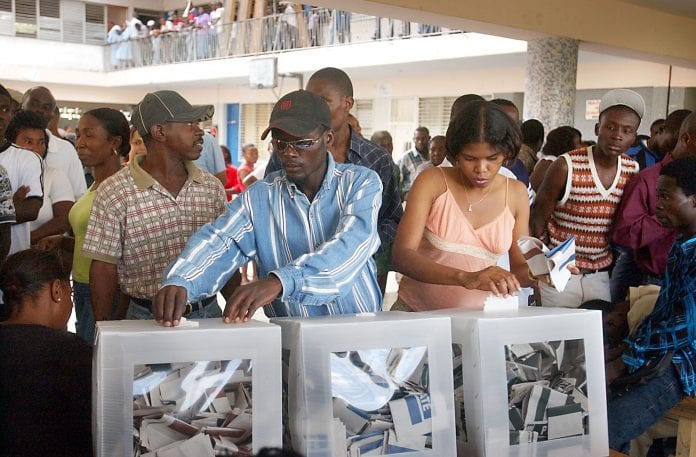 Members of the Center for Economic and Policy Research (CEPR), Institute for Justice & Democracy in Haiti (IJDH), National Human Rights Network (Reseau National des Droits Humains or RNDDH), and National Lawyers Guild will be observing the upcoming presidential and legislative elections in Haiti on Sunday, November 20. The delegation is likely to include some of the only international presence to witness events in the southern departments on election day, despite the challenges to voting that southern residents are facing in the wake of Hurricane Matthew. Official international observation missions are not expected to travel to the southern departments.

The coalition will observe polling places throughout country, with a focus on the South and Grand’Anse Departments, which were devastated by Hurricane Matthew on October 3-4. Over 280 polling stations and several access roads were destroyed by the hurricane, calling into question whether voters in these regions will be able to exercise their right to vote as protected by Haitian and international law.

Haiti’s electoral process began in 2015, but was repeatedly delayed after the first two rounds were marred by fraud, irregularities and violence. An interim government was established in March 2016 to restore confidence in the electoral process and hold new elections. IJDH and CEPR have produced a series of election primers profiling the major candidates, key events, and the role of the international community.