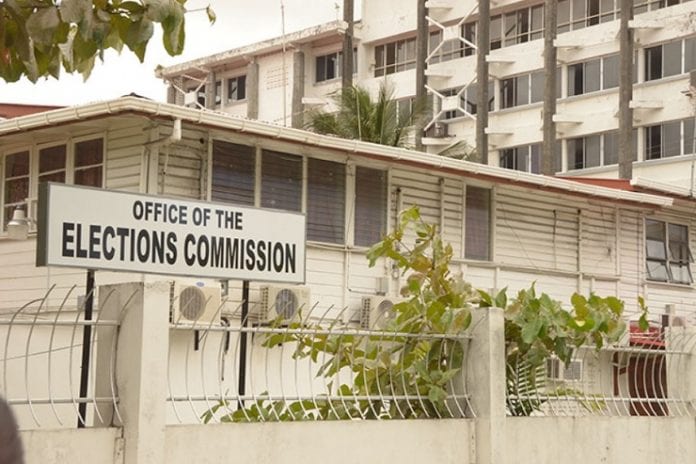 GEORGETOWN, Guyana – The national recount of Guyana’s March 2 general and regional elections got underway early Wednesday, after a two-hour delay.

According to the Public relations officer with the Guyana Elections Commission (GECOM), Yolanda Ward said, however, that the process, that is being streamed online, got off to a good start .

She told reporters that the late start was twofold and explained that the security system in place is to ensure that every person who enters the centre goes through a detailed security check.

“It is heightened security here. We had a late start to ensure persons are properly screened.

She noted that further details will be provided later on what will be done to ensure an early start on Thursday.

The recount process was also delayed as the main opposition People’s Progressive Party (PPP) was unable to locate its the keys to the containers. Permission was later given to GECOM for the keys to be cut.

Another situation arose where there were two unknown locks on the containers for Region Three, it was agreed that these would be pried open.

Ward also said the number of persons has been increased at some workstations due to the increase in party agents.

She also related that the during the opening of one of the containers, it was discovered that a ballot box containing votes for Region One was found to be filled with water.

Meanwhile Diplomatic representatives of the American, British and Canadian governments and the European Union are urging a swift, credible and transparent recount.

In a joint statement, the Diplomats said they welcome the decision to commence the recount process as the results of the elections are long overdue.

According to the Diplomats, it is incumbent on all to do what they can to ensure the democratic choice of the people is heard and acted upon.

The diplomats also noted that full transparency of the recount is vital to ensure it is credible. They welcomed the role of the CARICOM in the recount process but noted that they regret that it has not been possible for a broader range of international observers to be present at the start of the process.

They have also welcomed the decision by GECOM to allow full audio streaming of the recount.