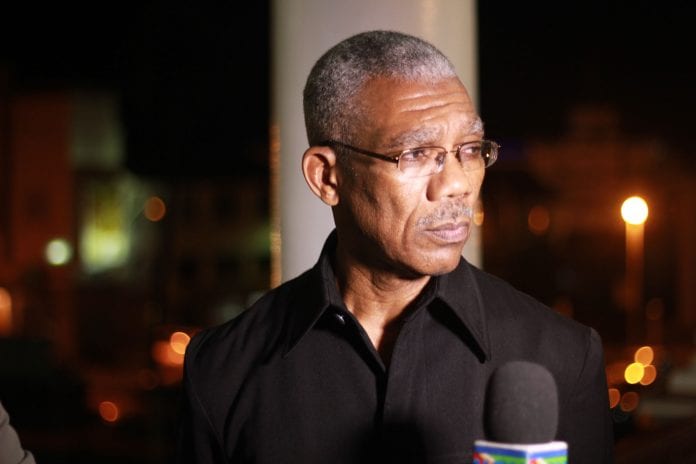 GEORGETOWN, Guyana, CMC – The David Granger led administration says it will be putting plans in place to foil plans by the opposition Peoples Progressive Party (PPP), to disrupt Thursday’s sitting of the National Assembly.

“The Government of Guyana has credible evidence that the Opposition intends to disrupt tomorrow’s sitting of the National Assembly at which the Speaker is expected to address the consequences of the December 21 vote,” a government statement noted.

It added that the Government has submitted to the Speaker a legal brief on the interpretation of the relevant constitutional provisions for passage of a confidence motion and has agreed that 34 of the 65 members is the required majority, not 33.

“The Government has re-affirmed that it continues to respect and uphold the constitution, and it would resist a legislative coup, procured by bribery or other unlawful means. It insists that the Speaker ought to be allowed to pronounce on the constitutional threshold for a confidence vote, without pressure or threats of any kind.”

Citizens were also reminded that the government will continue to work for them to implement the programs for which monies have been voted in the 2019 National Budget.

Meanwhile, during Wednesday’s Cabinet Meeting, the Minister of Finance Winston Jordan announced that a circular will be addressed to senior state functionaries on executing all projects and deliver the services for which the allocations have been made.

“Since the debate on the confidence motion, the Government has spared no efforts at maintaining peace and good order, in spite of the reckless provocations by the opposition to stoke ethnic conflicts and political disorder.”

Meanwhile, the Government noted the on-going investigation by the police into what appears to be a massive illegal US$1,000,000 deal involving the defector and well-known gold dealers.

Reports strongly indicate that the defector was bribed, and had conspired with others to effect the unlawful overthrow of the duly elected APNU+AFC Government.