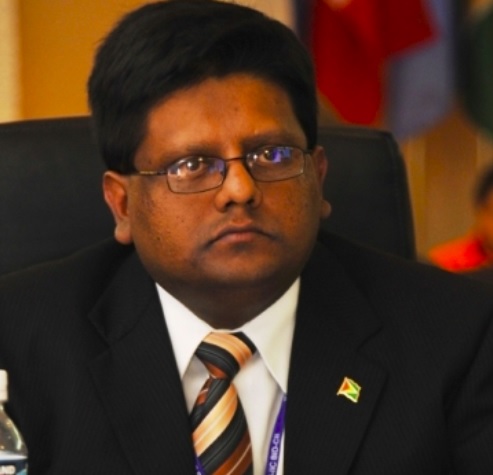 Guyana’s former finance minister Dr. Ashni Singh is due to appear in court on May 7 after being charged with misconduct in public office.

The Special Organized Crime Unit (SOCU) laid the charge against Singh and former head of the National Industrial and Commercial Investments Limited (NICIL)/ Privatization Unit, Winston Brassington arising out of the sale of three plots of state land. The men are accused of illegally selling the land for more than GUY$900 million.

According to the charges, the accused had on May 14, 2011 by way of an agreement of sale and purchase “acted recklessly when they sold Multicinema Guyana Incorporated. a 10-acre tract of state land at Turkeyen, for GUY$185,037,000 without first having procured a valuation from a competent valuation officer.”

They are also accused of selling 103 acres of state land, by an agreement of sale and purchase, to National Hardware Guyana Limited for GUY$598,659,398 (VAT exclusive) without first procuring a valuation.

The third, and similar charge, concerned the sale of 4.7 acres of land for GUY$150 million to Scady Business Corporation, “knowing that the said property was valued at GUY$340 million”

The case was adjourned to May 7, to allow the defense lawyers to contact their clients concerning the charges.

Media reports here said Brassington resides in Florida, while Singh left the country for an unknown destination in 2015.

Opposition Leader Bharrat Jagdeo has described the charges as “frivolous”, saying the men could not have set the price and execute the sale on their own and maintains that it was his Cabinet that granted approval for the sale.