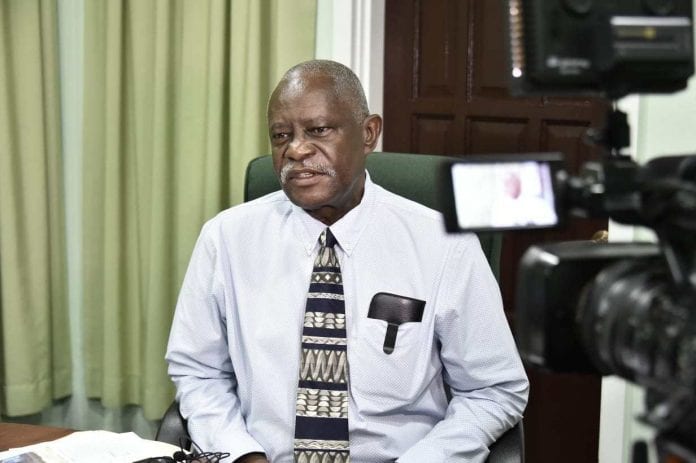 GEORGETOWN, Guyana, CMC – The Guyana government on Friday reiterated that no Haitian national has been found to be involved in trafficking in persons or people smuggling.

Minister of Citizenship, Winston Felix told a news conference that Haitians were also not victims or perpetrators of such crimes here.

He said despite the “hysteria” created in some sections of the media and by opposition politicians regarding the number of Haitians visiting Guyana, none of the investigating law enforcement agencies has found any evidence of Haitians being involved in trafficking of people.

“The government agencies, like the police and the Narcotics Unit, are always on the lookout to detect trafficking in persons or smuggling, we have not detected Haitians. We have detected other nationalities.

“We have found Venezuelans, those from the Dominican Republic and the majority being Guyanese. We have found those and we have published those, but no Haitian has been found. So, the hysteria with which this matter is being dealt with is one I suspect to be aimed at tarnishing the government,” Felix said.

A statement issued by the Task Force noted that while there are Guyanese and nationals of the Dominican Republic included in the reported cases, none were Haitians.

“It is important to note that the Government of Guyana is committed to ensuring, Venezuelans, Haitians, Cubans and other non-nationals utilizing various ports-of-entry, will, upon entry, continue to be treated with the respect afforded to citizens and other visitors in accordance with our laws,” the Task Force said then, adding that there will not be any tolerance for attempts to perpetrate the “dreadful crime.”

On August 5, Felix condemned as “inaccurate and deceptive” media reports that several Haitians had arrived here as victims of TIP and that the Haitians were also being registered in order to vote in the upcoming regional and general election.

“No one would deny that Haitians are one of the higher numbers arriving in Guyana from around the Caribbean, but the records produced by the (media) are grossly incorrect and cannot be trusted to guide the public as to what is really taking place,” Felix said then.

In 2019, there was a legislative adjustment to Schedule II of the Immigration Act, Cap. 14:02, to include Haiti as a beneficiary to the Caribbean Single Market Economy (CSME), which facilitates free movement within the region and automatic entry and stay of six months in the CARICOM countries, according to a government statement.

Felix said that the Haitians have capitalised on free movement within the region to travel to Guyana and other states.

“I know in some instances; the Haitians have walked over mountains to the Dominican Republic to catch flights to Central and South America using whatever airlines are available. This, along with the relaxation of the visa requirement, has allowed for freer movement of Haitians around the region.

“Many of the news outlets have been making heavy weather of the Haitians who cannot be accounted for. We have large and unprotected borders on the East with Suriname, on the West with Venezuela and on the South with Brazil. It is very easy to travel from certain parts of the Rupununi to Brazil because of the porous borders. For Suriname, there is the decades-old backtrack, which the Haitians utilize to travel across and then onward to Cayenne,” he said.

Felix reiterated that position Friday saying that the majority of the Haitians only use Guyana as an in-transit point to move on to Brazil, French Guiana and other parts of South America, where most of their relatives live.