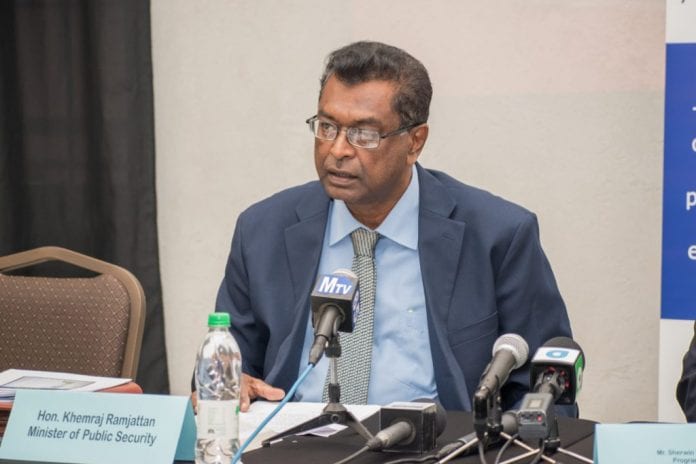 GEORGETOWN, Guyana, February 27, 2020 (CMC) – The government of Guyana has declared Monday, March 2 – the day designated for the holding of General and Regional Elections across the country — a public holiday.

Vice President and Minister of Public Security, Khemraj Ramjattan, made the declaration, under the Public Holidays Act, that is expected to be officially gazetted.

According to Ramjattan, with the day freed up, schools and public buildings can be effectively used as polling places.

Ahead of the election, the Guyana Elections Commission (GECOM) has published the Official List of Electors that contains 660,998 names.

Meanwhile, General Secretary of the main opposition People’s Progressive Party-Civic (PPP-C), Bharrat Jagdeo, has urged the Observer Missions in Guyana for the upcoming elections to meet with the Heads of the Guyana Police Force and the Guyana Defence Force to be given assurances about the security arrangements in place, for the election.

During a press conference, today, Jagdeo said he has some concerns about the state of readiness of the Security Forces.

He said he has raised those concerns with the Observer groups that are in Guyana.

“We want assurances that they are in a state of readiness. I have heard issues, about vehicles not being ready, the training not done properly, and that they are saying they are not going to use rural constables and they will only use police. And if that decision has been taken, then they must ensure they have adequate police for each polling place,” Jagdeo said.

Members of the police force are usually stationed at polling places, all across the country, to ensure that the security at those polling places are maintained.

Jagdeo said he wants the assurance that matters that will fall under the purview of the police, will be dealt with, impartially.

“We are not telling them, who to assign where…but they have to give assurances to the public that they will act, impartially, and deal with these matters,” he added.

Members of the security services have already cast their ballots for the elections, thereby allowing them to be free on elections day, for all-day duty.