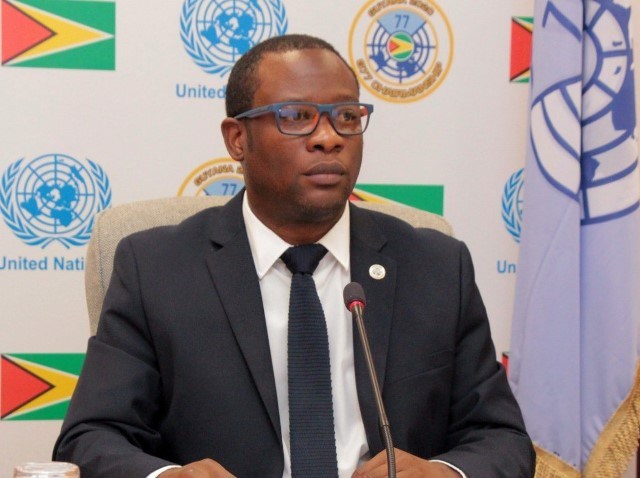 The Minister of Foreign Affairs and International Cooperation in Guyana, Hugh Todd on Monday issued a protest note firmly condemning the illegal detention of the captains and crews of two Guyanese registered fishing vessels, and calling for their immediate release.

He issued the note when he called in Chargé d’Affaires of the Venezuelan Embassy Moses Chavez, and used the opportunity to voice his concerns, saying “the action coming out of Caracas is distasteful”.

Todd added that based on latitude and longitude, the two vessels, the Lady Nayera and the Sea Wolf, were well within Guyana’s territory.

The government said they were operating off the coast of Waini Point, within Guyana’s Exclusive Economic Zone, when they were intercepted by Venezuelan naval vessel, Commandante Hugo Chavez GC 24, on January 21.

The captains of both fishing vessels were instructed to chart a course to Port Guiria, Venezuela where the boats and crew have been detained.

Minister Todd on Monday called for Venezuela to operate in a manner consistent with international rule of law.

He reiterated Guyana’s commitment to the International Court of Justice (ICJ) as a means of bringing to a close the Guyana-Venezuela border controversy.

The incident comes on the heels of Venezuela’s President Nicolas Maduro declaring he would reconquer the disputed Essequibo region which is at the center of the neighbours’ decades-old dispute.

Earlier this month, Maduro issued a decree to unilaterally extend Venezuela’s maritime boundary into the Essequibo and establish a new territory in the area, even though the dispute is currently engaging the attention of the ICJ.