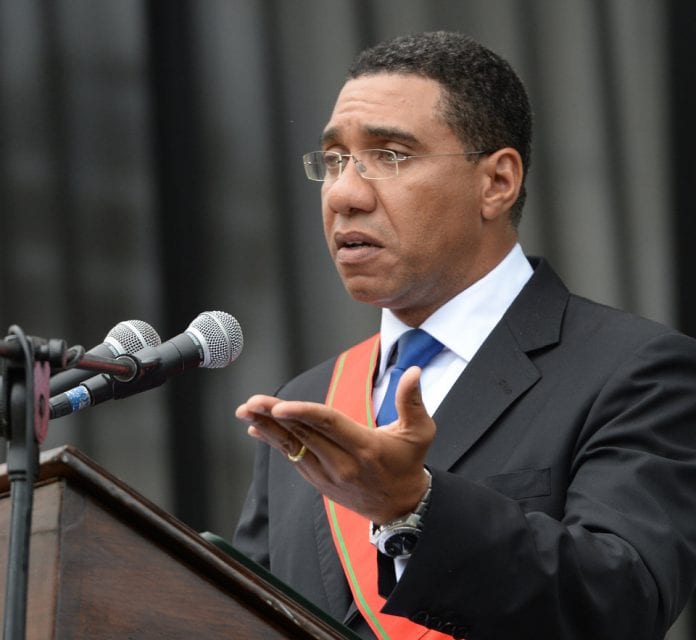 Government responds to call for PM to give more press briefings

The PAJ in a letter, urged Holness to talk more with journalists in the New Year for the benefit of the public.

The PAJ said it was very concerned about media access to ministers of government, and particularly to the Prime Minister.

But in a response, the Office of the Prime Minister (OPM) said it wished “to point out that since his ascendancy, the prime minster has done more than 30 interviews with both local and international media on a wide variety of national issues”.

It said these interviews covered all major news stations in Jamaica.

“We ask you to alert us of any issues that the prime minster or the government has not responded to whether via statements, interviews, addresses or releases,” the OPM said in its response to the PAJ’s letter.

The OPM said it was also inviting members of the public and civil society to regular meetings with the prime minster to hear their concerns and suggestions in an effort to deepen the partnership needed to move Jamaica progressively forward.

“The PAJ noted that Mr Holness, since assuming office in March, had yet to hold a comprehensive press briefing in the capacity of prime minister, which all media representatives could attend and ask him a range of questions, for the benefit of the public. The PAJ urged Mr Holness to remedy this deficiency as early as possible in the New Year, and to make these briefings a regular staple on his schedule.”