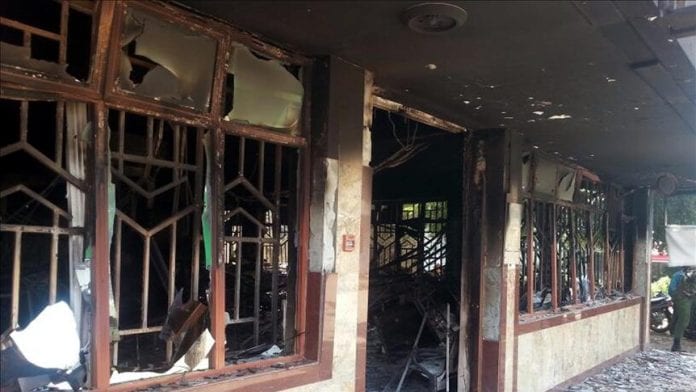 The Ministry of Education in Haiti has condemned the arson attacks on several schools in the south of the country, accusing criminals of seeking to prevent children from returning to school following the passage of Hurricane Matthew in October.

The Ministry said that it was “deeply concerned by the criminal attacks” against schools in St Joseph de Torbeck, Justin Lhérisson and Boisrond Tonnerre.

It said the criminal acts were jeopardizing “ongoing efforts to allow children to return to school after the devastating passage of Hurricane Matthew in early October 2016”.

The Ministry said had already instructed the competent authorities “to carry out a prompt investigation in order to find the perpetrators of these crapulous acts and punish them with the utmost rigor, as prescribed by law.

It said it was urging the population to remain vigilant and to protect school buildings, adding “schools must be protected in all circumstances by all citizens in order to allow access to the education of our children”.

Common Reporting Standard to be Introduced in Jamaica to Combat Tax...

Diaspora Joins Jamaica’s ‘One Laptop or Tablet Per Child’ Initiative