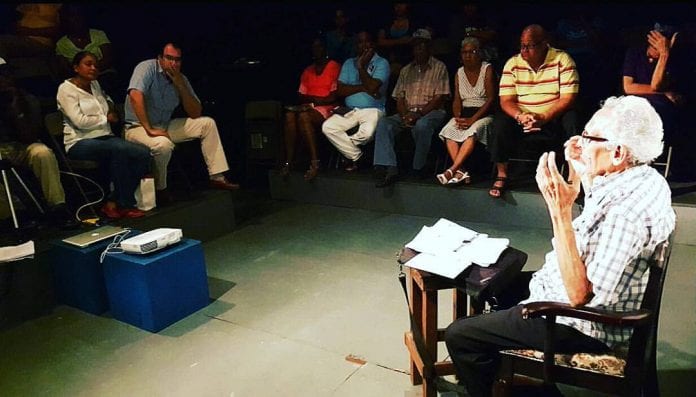 Prominent  Trinidadian actor and playwright Freddie Kissoon was found dead at Diamond Vale Diego Martin home, west of Port of Spain on Sunday. He was 86.

The cause of death was not disclosed but police believe he may have died a few days before his body was found.

Kissoon, the founder and director of The Strolling Players, was also a director and drama teacher.

He made more than 200 stage appearances, acting in Caribbean plays including Ping Pong, Sea at Dauphin, Drums and Colours, Man Better Man, which was staged in London, and Croydon and Glasgow staged as part of the Commonwealth Arts Festival in 1965.

Kissoon has directed more than 100 plays and as a drama teacher, conducted classes for American students at the Ecumenical Centre and the Peace Corps in 1968 at the University of the West Indies, St Augustine campus.
He also taught in Grenada, St Vincent and the Grenadines St Kitts-Nevis and Curacao.