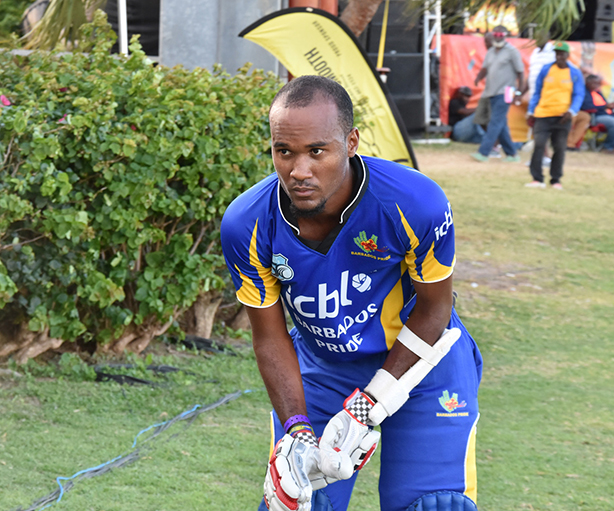 BRIDGETOWN, Barbados (CMC) — Barbados Pride Captain Kraigg Brathwaite says his men will be steadfast and stick to their game plan going into the next round of the Regional Four-Day Championship, after a fourth-consecutive victory.

They secured a historic 299-run win over Trinidad and Tobago Red Force — their largest margin of victory in over a century — at Kensington Oval on Sunday, the final day of fifth-round matches.

A career-best spell of fast bowling from Keon Harding, who grabbed 5-19 from 10.2 overs on Sunday and ended with match figures of 10-76, and a solid 155 from Shayne Moseley contributed to Pride extending their lead at the top of the table.

Brathwaite praised the squad for a “super team effort”, singling out Harding and Moseley for their performances.

“I can’t ask for anything better,” he said, adding that while the opposition was not as strong as it could have been, the match did provide a challenge for both bowlers and batsmen.

“Obviously Trinidad didn’t bat as best as they could. I mean, the bowling wasn’t too bad. The first day they had us 50 for 4 or 5, which had us under pressure, but it just goes to show how tough this team is, and we came out of that hole and won the game.

“I was very happy with the bowlers. All of them put in a very big effort,” he added.

The next round of the six-team tournament begins on February 27. Barbados Pride will face Windward Islands Volcanoes on that date at Kensington Oval.

Brathwaite says his side will use the break to relax and prepare to come back even stronger for the second half of the competition.

“The mindset won’t change. You know, it’s game by game and it’s just to make sure you win every day and every game. We don’t want to take anything for granted. You know, we never know what the weather may bring so we just gonna take each game at a time,” the right-handed batsman said.

At the end of round five of the championship, Pride are on 84.2 points, ahead of defending champions Guyana Jaguars on 60.8 points. They are followed by Jamaica Scorpions on 57.4 points, Windward Islands Volcanoes on 50 points, and Red Force on 46.6 points. Leeward Islands Hurricanes are at the bottom of the table with 32.6.