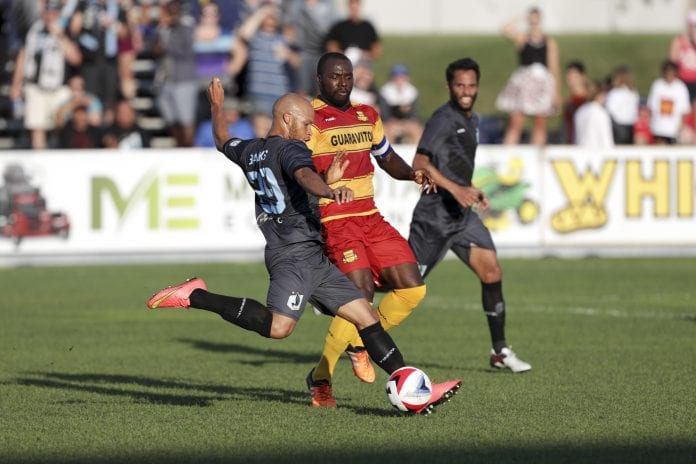 The Fort Lauderdale Strikers have two matches remaining in the North American Soccer League (NASL) regular Season and remain in the thick of the postseason hunt. Should Fort Lauderdale qualify for the postseason, the club would become the first in the modern-era of the NASL to qualify for five postseason tournaments. The Strikers currently sit three points behind fourth-placed Minnesota United FC. The top four teams in the combined NASL standings qualify for the postseason tournament known as “The Championship.” Fort Lauderdale hosts Rayo OKC at 7:00p.m. on Saturday, October 22 at the Central Broward Stadium in Lauderhill. In their effort to aid the Hurricane victims in Haiti, the Strikers have collected two vans full of goods at the last week’s home games for distribution in the Caribbean nation. In support of Breast Cancer awareness month, the Strikers are wearing pink uniforms for all matches in October as part of the #DrivePink Campaign in cooperation with AutoNation and the Breast Cancer Research foundation.