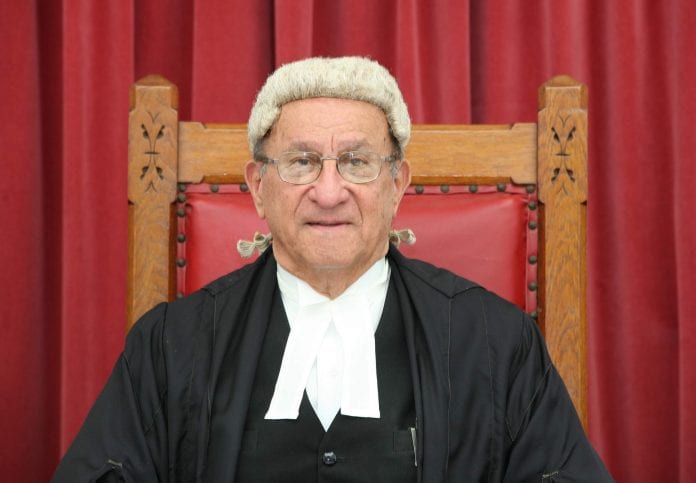 Both the Supreme Court and the Court of Appeal observed a moment of silence in recognition of the passing of former Chief Justice Sir Edward Zacca, while several members of the judiciary paid tribute to his memory.

Edward Zacca served as Jamaica’s Chief Justice for more than a decade. He also acted as Governor-General between the retirement of Sir Florizel Glasspole and the appointment of his successor, Sir Howard Cooke, in the early 1990s.

The Jamaican Bar Association has hailed former Chief Justice, Sir Edward Zacca, for his contribution to the judiciary in Jamaica and the region.
Jamaican Bar Association President Emile Leiba remembered Sir Edward for the various roles he held.
“His contribution was certainly noteworthy as a high court judge, a Justice of Appeal, President of the Court of Appeal, Chief Justice of Jamaica and first Jamaican judge to be appointed to the Privy Council in the United Kingdom,” he recalled.
Sir Edward also contributed regionally to the courts in the Turks and Caicos, Cayman Islands and the Bahamas.
Mr. Leiba said those who appeared before Justice Zacca “have said he was an excellent judge, fair and balanced, a good, decent and honourable man who served Jamaica well.”
Sir Edward is the father of Christopher Zacca, the president and CEO of Sagicor Group Jamaica.