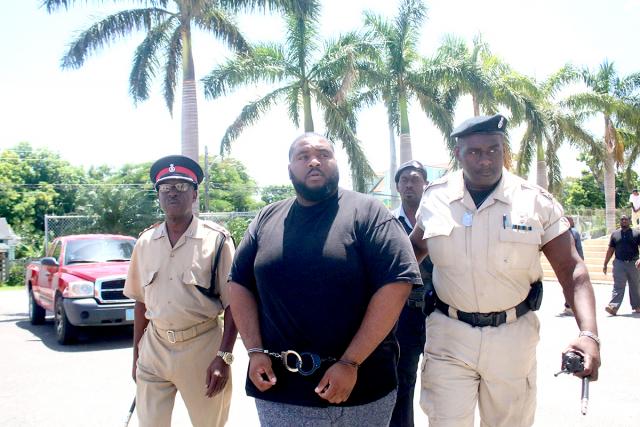 A former Bahamian Ministry of Finance employee, James Anwar Johnson, was charged with embezzlement in Magistrate’s Court on Friday for misappropriating more than $400,000 in cash from the ministry.

It is alleged that the 27-year-old Johnson, of St. Andrew’s Beach Estates, who was an accounts clerk in the ministry falsified payment records of VMMS Business Services between December 2016 and April 2017, purporting to show that the company was entitled to receive some $540,377.67 from the ministry.

Further allegations are that between December 2016 and March 2017, Johnson, who had access by reason of employment and being concerned with others, stole $445,996.42 in cash, which was the property of The Bahamas government.

Johnson was also accused of attempting to steal $41,115 in cash on April 5 of this year.

He pleaded not guilty to all the charges.

Because of the nature of the offense, Chief Magistrate Ferguson-Pratt told Johnson she could not grant bail but informed him that he could apply to the Supreme Court to appeal the bail decision.

To apply for bail in Supreme Court

Johnson was remanded to the Bahamas Department of Corrections; however, his attorney Devard Francis informed the court that he would be seeking bail for his client once the matter was adjourned.

Before being taken away for transfer, Chief Magistrate Ferguson-Pratt allowed Johnson to speak with family members who were present in court and visibly shaken.