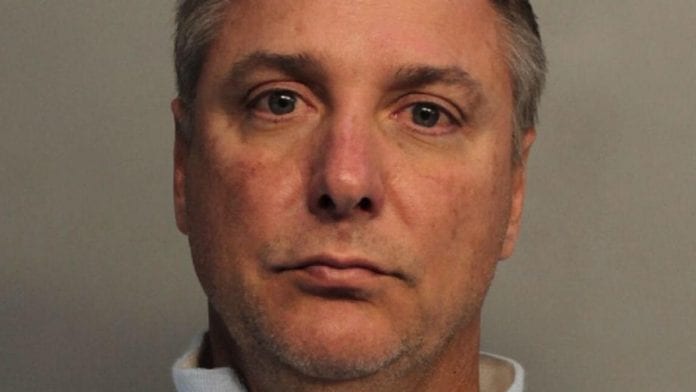 A Florida Highway Patrol trooper was arrested after investigators said he helped a friend cover up a hit-and-run crash that left a gardener seriously injured.

Casillas is accused of writing a bogus report for dentist Jesus Del Valle weeks after the crash. Prosecutors in the case suspect that the crash report was used to file a bogus insurance claim for the dentist’s damaged Sports Utility Vehicle.

The Florida Highway Patrol fired Casillas in January. Del Valle, 51, was also arrested as part of the investigation, which lasted more than one year. A mechanic, Ariel Perera, is also facing charges.

According to an arrest warrant, the case began when Del Valle, driving a Ranger Rover SUV, sideswiped a landscaping crew that was working alongside 62nd Street on June 30, 2015.

The gardener, Yoel Montero, of Lewis Tree Service, suffered a traumatic head injury and severe injuries to his right leg, leaving him hobbled for years to come.

The motorist never stopped, driving off even though the passenger-side mirror of the vehicle had been torn off. That detail would be key to breaking the case — mirrors for the 2015 Land Rover can only be ordered directly from Range Rover manufacturers.

Miami Beach Detective Richard Rodriguez soon discovered that in the weeks after the crash, only one such mirror had been sold — to Perera, Del Valle’s friend and a mechanic, for the dentist’s damaged SUV. Witnesses later placed Del Valle behind the wheel at the time of the crash, the warrant said. Cellphone records also placed Del Valle at the scene of the crash.

The probe revealed that Del Valle put in an insurance claim for the damaged SUV.

He turned, prosecutors allege, to Trooper Casillas, a personal friend, who agreed to make a report showing that the crash actually happened seven days later and miles away on Bird Road, not in Miami Beach. The report claimed that the SUV crashed into a palm tree.