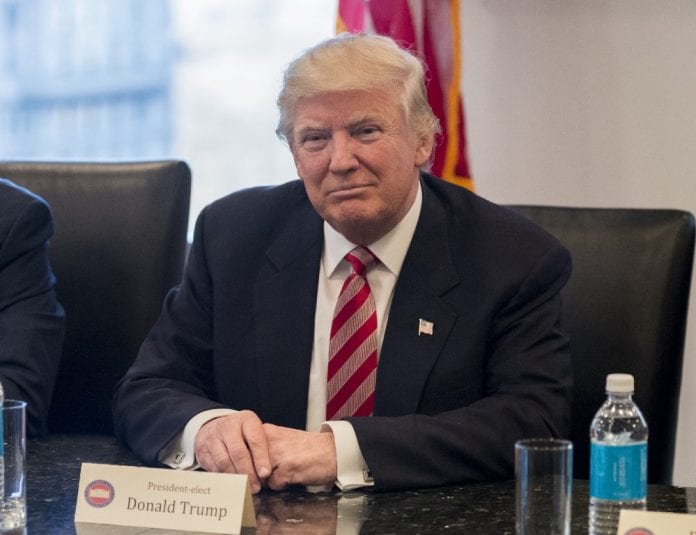 Without the drama and suspense anticipated by some of his opponents, on Monday, December 19, Donald Trump, 70, was officially elected by 304 electors from the Presidential Electoral College, including Florida’s 29 electors. Next, the US Congress on January 6, in a sitting presided over by vice-president Joe Biden, will certify the votes of the Electoral College, paving the way for Trump’s inauguration as the 45th president of the US on January 20.

Although there was some anticipation a number of Republican electors would turn renegade and vote against Trump, in the end only two of the 306 electors, related to the votes cast on November 8, voted against Trump. On the other hand, surprising to many, four Democratic electors did not cast their votes for Democratic candidate Hillary Clinton who although receiving some 3 million more of the popular votes in the presidential elections, had attained only 232 electoral votes.

As expected there were rallies and protest at several state capitals where electors met to vote, but this did not deter the majority of electors voting for Trump.

In Tallahassee were the 29 Florida electors voted, approximately 200 people peacefully protested outside the Senate chamber where electors voted in a ceremony presided over by Florida’s Secretary of State Ken Detzner. Inside the chamber each of the electors voted separately on paper ballots. When they had all voted Detzner announced, what was already known, Trump was the victor. The announcement was nonetheless met with loud applause by those present, but outside  the protestors booed and shouted down the announcement.

Chairman of Florida’s Republican Party, and Republican elector, Blaise Ingoilia, thanked his colleagues for endorsing Trump’s victory in Florida on November 28. On that night, Trump defeated Clinton by 113,000 votes out of 9.3 million total votes that were cast. Trump won the majority votes in 58 of 67 Florida counties.