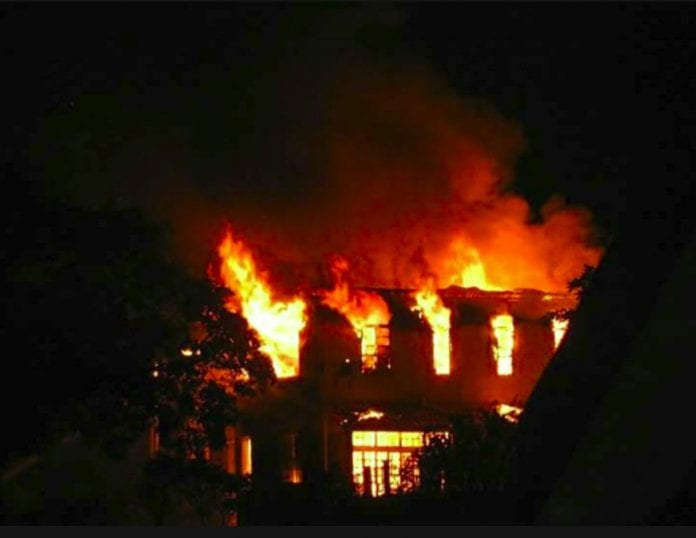 The St. Lucia Fire Service (SLFS) has launched an investigation into the cause of Sunday night’s fire that destroyed the building that housed the Folk Research Centre (FRC) the most extensive collection of the island’s cultural artefacts and history.

The Centre was established in 1973 as repository for cultural heritage, a vehicle for research, study, recording and promulgating St. Lucia’s rich heritage.

It housed an extensive library of publications, audio visual recordings and photographs and is the major study center for work carried out into St. Lucia’s folk culture by both nationals and visiting researchers and students.

The SLFS said when they arrived on the scene the building was engulfed in flames and despite the best efforts of fire officers from Castries and far away as Gros-Islet, a town to the north of Castries, nothing could have been saved.