Extending TPS to Haitians by 6-months won’t do 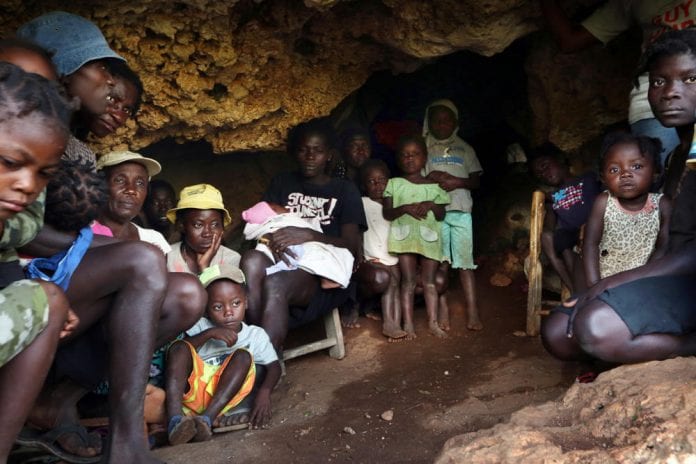 On Monday, in response to appeals from local and national advocates, the Trump administration extended Temporary Protective Status (TPS) by six months to Haitians living in the US.

TPS is a special humanitarian program approved by the US Congress in 1990 to provide people fleeing countries experiencing civil war, natural disasters and other extraordinary circumstances with temporary legal immigration status to live and work in the US.

While since 1990, TPS was granted by successive US presidents to a limited number of Haitians fleeing political upheaval, the privilege increased significantly following the devastating January 21, 2010 earthquake. Following the earthquake, President Obama extended TPS to Haitians fleeing the damaged country, and those already residing in the US under the program, for an 18-month period to July, 2011. With recovery from the earthquake proceeding agonizingly slow, compounded by a cholera epidemic, the status was renewed several times by the Obama administration.

In August, 2016, the administration contemplated cancelling TPS for thousands of Haitians and began deportation proceedings. However, around that time Haiti was impacted by another natural disaster in Hurricane Matthew which brought more death and destruction to the country. As a result, the Obama administration cancelled deportation plans, but that administration’s latest TPS extension was due to expire on July 22.

Although the Trump administration has extended TPS, six months is insufficient.  Previous extensions by the Obama administration were for a minimum of eighteen months. The new extension is basically a notice for over 50,000 Haitians to leave the US in six months. In announcing the extension, Secretary of Homeland Security John Kelly said it gives Haitians time “to attain travel documents and make other necessary arrangements for their ultimate departure from the United States,” and “provide the Haitian government with time it needs to prepare for the future repatriation of all current TPS recipients.”

Indications from Haiti are deplorable conditions in the country from the 2010 earthquake, annual floods, Hurricane Matthew, the cholera epidemic, and frequent political instability, will not sufficiently improve by January, 2018.

Although successive Haitian administrations since 2010 made progress in improving security and quality of life following the earthquake, Haiti continues to lack the adequate infrastructure, employment and educational opportunities and basic services to absorb the return of thousands of Haitians currently living in the US.

Haiti needs more time to complete rebuilding of schools to strengthen the educational infrastructure; improving unemployment and wages from a situation where over seventy percent of the population, earn less than $2 daily, and improving the poverty level in rural areas where some eighty percent of the population live below poverty level; build resources to resist a re-occurrence of the cholera epidemic; continuing efforts to rebuild the nation’s residential, transportation, and agricultural infrastructure; and strengthen the nation’s security force to combat a threatening crime rate.

This isn’t a situation conducive to deporting thousands of Haitians many of whom are also contributing to the Haitian economy through financial remittances to relatives still living in Haiti. It’s obvious Kelly isn’t sufficiently apprised of the current conditions in Haiti. On Monday, he also said limited TPS extension is justified since Haiti has “made progress across several fronts since the devastating earthquake in 2010… the Haitian economy continues to recover and grow.”

Whatever growth that has taken place since 2010 is still insufficient to justify returning 58,000 people by January. Why not just make the extension to December 2018? This would give the Haitian government supported by US and others in the international community more time to implemental infrastructural and social service development. So, the efforts for further extension of TPS must continue stronger than before. It’s imperative that members of the Trump administration be provided empirical evidence of the prevailing conditions in Haiti and invited to Haiti to witness these conditions firsthand, in the attempt to obtain the additional extension.

Extending TPS by six months is simply not enough.