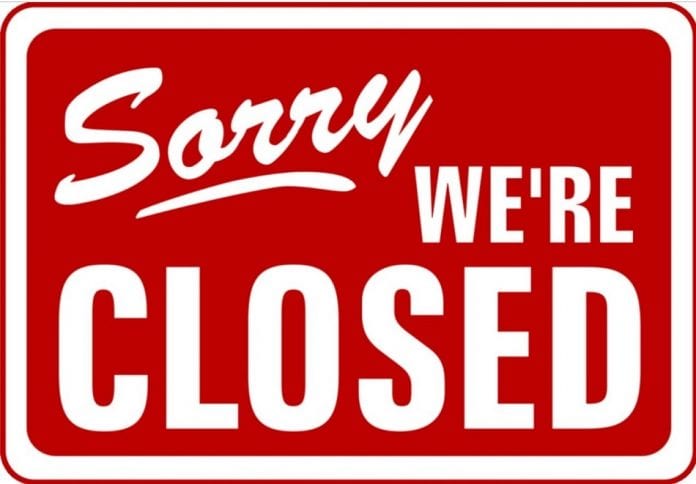 The US federal government is currently experiencing a partial shutdown.  As a result, over 800,000 federal employees are not being paid, or will not be paid.

Not the first time

This current shutdown is on track to break the 1996 record, as it’s fueled more by political, than financial differences.  Republicans led by the president wants to fund a wall costing $5.6 billion along the southern US border. Democrats are firmly against approving this much  to build a wall. Funding and building this wall was a primary issue during the 2016 presidential campaign, and still remains a very politically divisive issue   This divide has created the current major impasse. At the time of writing there seems there are no early solution over this impasse.

It’s extremely ironic that in a country where industrial actions like strikes are hardly tolerated, the federal government is for all purposes on strike, without it or congressional representatives willing to compromise.

While the government is on strike the workers who are responsible for making various aspects of the government function, are forced to work without pay, or stop working, since there’s no budget from which they can be paid.

Indications are an increasing number of Americans find it unacceptable that while those they elected to represent their interests are failing to negotiate effectively on a budgetary matter, they are so ready to inconvenient thousands of workers.

Most of these workers, like most Americans, live pay- check-to-pay-check.  They depend on each of these checks to pay rent or mortgage, buy food, pay utility and other bills, and meet other domestic expenses. But throughout this unfortunate government strike or shutdown, very few congressional representatives have emerged to publicly make an impactful case for the welfare of the inconvenienced workers

This situation is yet another example of the plight of workers in America, a country obligated to workers as it protects its reputation as the richest country on Earth.

At $7.25 per hour, the US have one of the lowest hourly minimum wage of the world’s developed countries. With and without trade union representation most American workers struggle to get employment benefits. The majority of workers do not enjoy the benefit of paid maternity leave; paid vacation; healthcare benefits; pensions, etc.; benefits taken for granted even in developing countries including the Caribbean

Now, as this shutdown continues, it’s becoming more apparent that the welfare of thousands of federal workers is just being taken for granted, while elected officials in Washington DC dithers.

Compounding the frustration of these workers, and the audacity of this government shutdown, is every member of the US House and Senate, the vice-president, the president and other top US officials continue being paid during the shutdown.

Again, most Americans find this unacceptable.

If federal workers are inconvenienced because of this shutdown, then those responsible for the shutdown should be inconvenienced too. It cannot be right that these officials, most who have no idea what it means living pay-check-to-pay-check, should continue to be paid.

There’s no question America is rabidly politically divided, but the workers of the country cannot be made the sacrificial offering of the political ambitions of those leading the country. This is unacceptable!

Of course, the nation should secure all its borders. There are differences of opinion on how to do this, but American workers should not be made to suffer while elected officials in Washington debate what is the best way to secure the borders.

Those elected to manage the affairs of this country, are expected to posses the ability to effectively negotiate, and reach agreements to the problems that beset the country, without using American workers as negotiating pawns, and inconveniencing other Americans. Surely, there’s a way for the opposing parties on funding of this border wall to successfully negotiate without depriving workers. Every elected official in Washington DC was elected, took an oath, to serve the American people faithfully. Every elected official is being called on to do this. Serve the American people. Stop inconveniencing them.